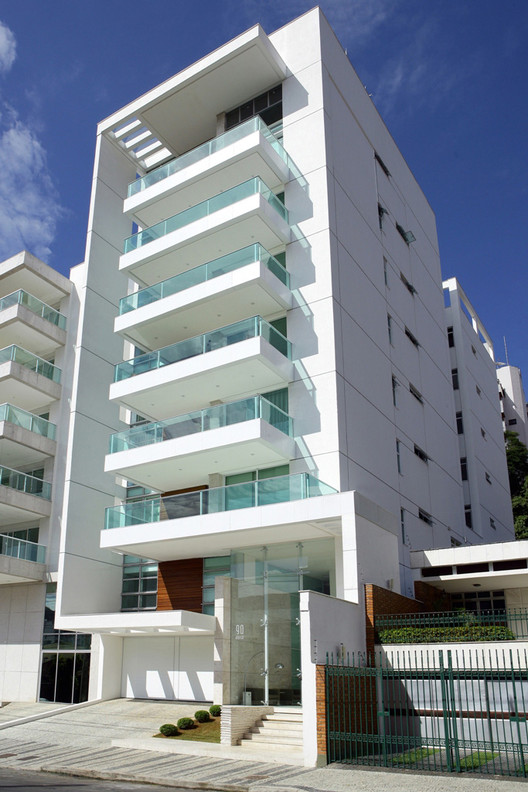 Text description provided by the architects. Maiorca is a residential building designed by Lourenço | Sarmento Arquitetos in the city of Juiz de Fora, Brazil, formed by five units of proximally 260 sqm and a duplex penthouse, situated in a high class residential area of the city.

The conceptual process aimed to create an integrated unity by the articulation of the different components, understanding the building as a volume and not as independent facades. That intention leads to a composition of added regular elements, represented by the cantilevered verandas, tied up together by the large gable that begins as a pergola and ends crowing the entire complex. Beyond this aesthetical function this frame gives protection and privacy to the users from the views of the other surrounding buildings and from the strength of the undesirable sun. Those elements are attached in the more massive volume of the staircase that anchors the whole.

The glass in the curtain wall and in the spider system of the hall, added to the wood vertical panels, works as negatives in the contrast between the filled and unfilled surfaces of the composition of folded panels and volumes.

Units had their layout idealized focusing on optimizing the pursued characteristics of the three zones of use - social, service and private - opening the living areas to the contact with the street and the views of the surroundings and locating the rooms in the rear area, much quieter and facing the morning sun. The kitchen and laundry are located in the middle, articulating those two zones. The openness of the social areas and the integration between living and the veranda were also an important issue in this process, reached by the special attention given to the structural system adopted - ribbed slab and the external location of the pillars - and to the detailing of the sliding doors of the facade that hides completely behinds a providential wall with their trail inlaid in the floor, free of unevenness between interior and exterior. 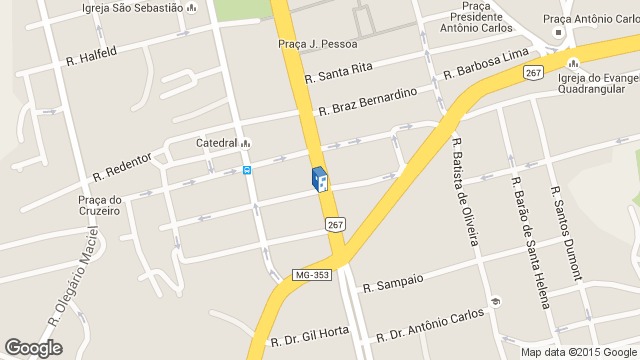 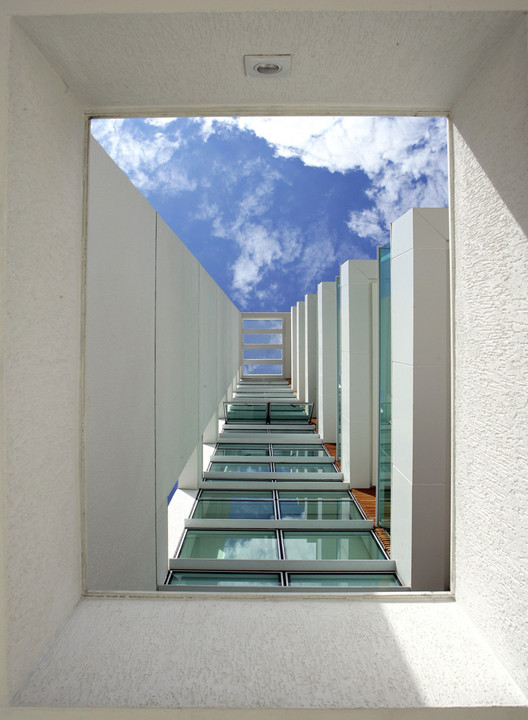