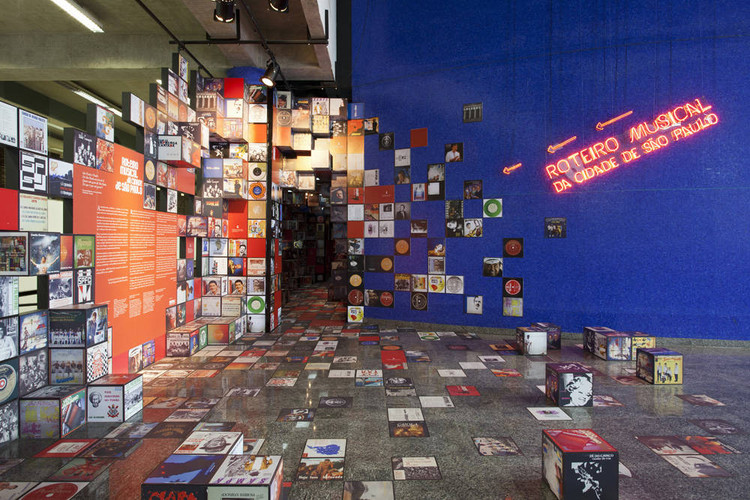 “Roteiro Musical da Cidade de São Paulo” (“Musical Tour of the City of São Paulo”) introduces one hundred years of history of São Paulo from the point of view of the songs specially written for the city. Its sceno graphy and art direction, a collaboration between Estudio Guto Requena and Atelier Marko Brajovic, organizes documents such as audio files, rare LP records, musical scores, pictures, drawings, newspaper articles, interviews, testimonies, lyrics and songs, besides a multitude of objects; this collection is the result of 22 years of research on musical history by curator Assis Ângelo.

The project developed a narrative process which contemplates immersion and visitors interaction with the collection above all – a musical ride through the history of one of the world’s largest cities. The sceno graphy took into consideration the concepts of universal design, according to which all visitors must experience the space likewise, whether he or she is tall, short, handicapped, infant or adult. The ambient suggests the allure of an old cabaret matched to the contemporary aesthetics.

Shades of red, Bordeaux and purple compose the color chart, inspired by the art installation “Desviopara o vermelho” (1967), by artist Cildo Meirelles. Carpeting, velour and capito néuphol stered furniture complete the evocation of the Belle Époque. The path itself is evocative of the very own symbols of São Paulo, its skyline, its sidewalk mosaics and street lights. The sceno graphy is organized in six main spaces throughout its 3230 ft².

1. Tunnel
The sceno graphy starts at the 56 feet long musical tunnel. A large neon sign and multiple neon arrows, inspired by the neon signs traditionally related to Rua Augusta, a traditional bohemian district of São Paulo, invite visitors to enter the tunnel and immerse themselves into the exhibition area. Composed by more than 2.600 historic album covers, the tunnel is a “pixel-LP record explosion” which removes visitors from the present times and guides them through a time travel.
The tunnel also displays a historic set of various musical media, a ride which starts at gramophones, radios, LP players, CD players and arrives at the recent MP3 technology. More than 200 original records and their covers are in exhibition in this environment, from old 76 and 78 RPMs, LPs, simple and double CDs. The pixel effect on the floor, ceiling and walls is meant to explore and confound the senses of the visitors.

2. Decade Domes
Elevendomes organize chronologically the historic content. Each dome contains a musical summary of each decade from the 1910’s to the 2010’s. Such domes are interactive, moving either upwards or downwards, allowing for all visitors, whether short, tall or handicapped, the full appreciation of each dome and specific set list, texts and pictures. All domes may be pulled up so as to make space for benches for a small auditorium fitting for up to sixty visitors and, thus, transform the exhibition area in a spacious room for lectures and chats.

5. Cabaret Arena
An elevated stage was designed to serve as debate arena or lecture space, reminiscent of cabarets. On the walls, laser-cut rococo-style frames support historic photos and news. On both sides of the stage large cabinets inspired by old cupboards house part of the historic collection of objects, such as old radios and newspaper articles. Plasma displays and vintage radios feature historic footage and records of old radio shows. The dimmed lighting combined to the disposition of the chairs, chaise longue, tables and lamps suggest an intimate and dreamy ambiance; a true invitation to sit and watch people interact with the content of the exhibition.

6. Interactive Map
The last space in the exhibition is hidden behind large black theater curtains. It contains a large interactive map on its floor, discriminating specific neighborhoods and regions of São Paulo. Walking on these areas activates a light over the visitors head and, simultaneously, starts a soundtrack containing songs about the neighborhood. A large inclined mirror reflects the entire exhibition for the visitors on this space, turning in actors those who are ordinarily espectators. 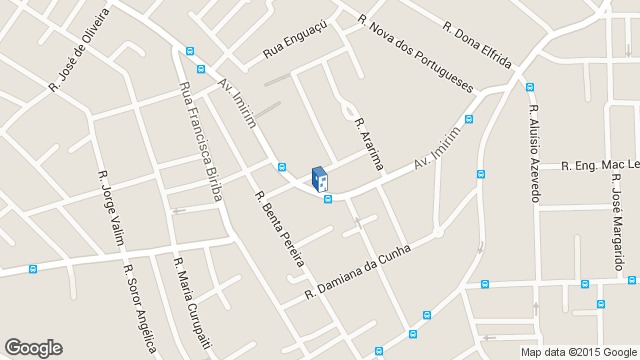 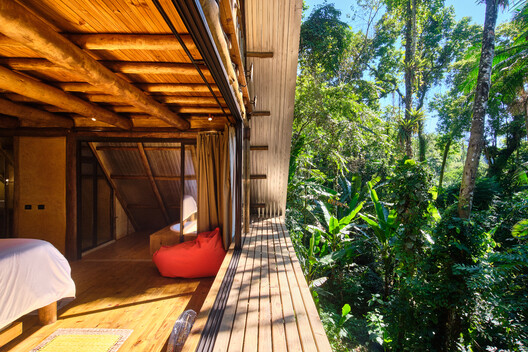 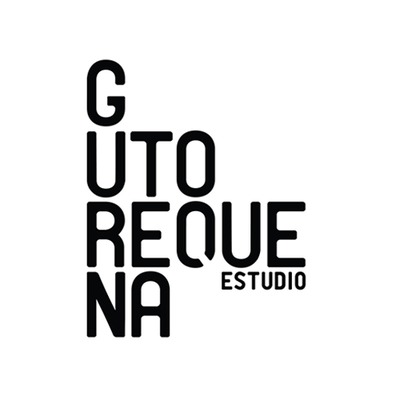 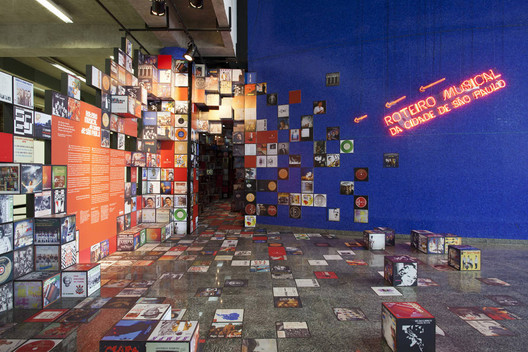