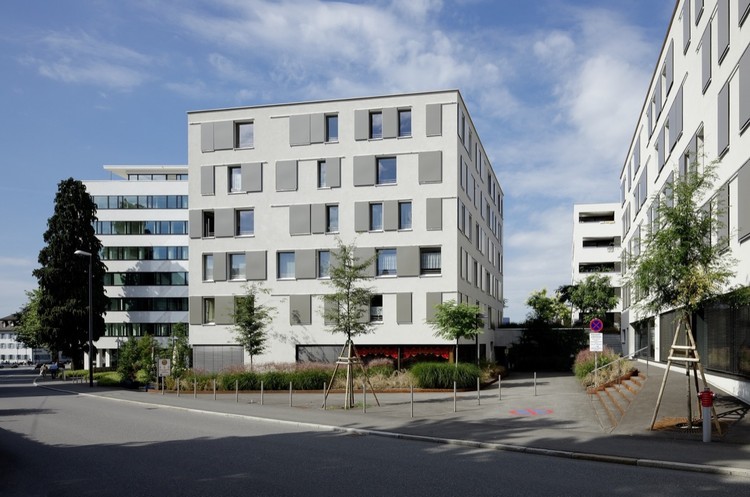 Text description provided by the architects. Until 2002, the Ulmer Areal in Dornbirn served as the headquarters building for the largest sanitation and tools wholesaler in Austria. The 12,000 sq.m property is located between Innenstadt and Oberdorf. When the plot became empty, it spurred a multi-year project development phase which envisioned largely housing instead of the initially favored mall.

In addition to a striking high-rise which acts as a beacon along the urban road and a historic mansion that marks the eastern boundary of the property, a two-story underground storage facility was repurposed into a parking garage. Newly built housing with four to six stories sits atop the structure.

The four northernmost buildings designed by NovaronArchitekten for Schertler-Alge feature condominiums. Dietrich | Untertrifaller were responsible for refurbishing and extending the high-rise and for adding three more housing structures along Dr. Waibl-Straße, the south-western boundary of the property.

The building heights gradually decrease by one story with each house along the ascending road, thus creating a balance between the high-rise and the historic mansions of Oberdorf. The ground floor areas of the newly built structures that line the road are used for retail, while the upper floors feature rental apartments subsidized by the Province of Vorarlberg.

Rotzler-Krebs′ landscape design, uniform light-colored plaster façades and similar building proportions knit the complex together. Different façade designs between the striking loggias of the condominiums and the playfully arranged sliding shutters of the rental properties lend the buildings their individual identity. 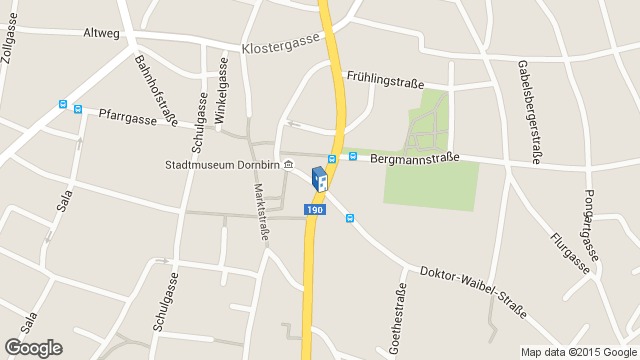