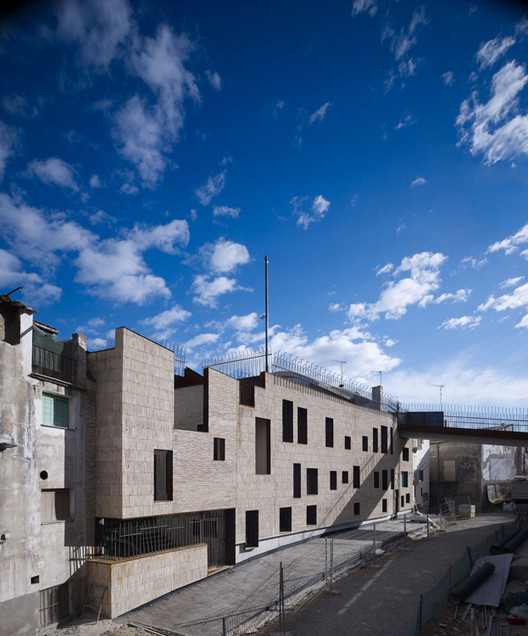 Text description provided by the architects. The Cultural Centre lapallavacara in Balaguer takes part of the regeneration of a national heritage and the integration and enhancement of the heritage by the city itself. This way it establishes itself as a social, urban and civic benchmark and articulates the social bone. The new building works as a community centre that welcomes and encourages initiatives related to the dynamics of associations, social, cultural and leisure in the city, returning the centrality to the Old Town.

The site is located in the city centre and occupies the width of seven existing houses. Two of the walls remain, as they are cultural assets of local interest, joining in the proposal. The compositive solution of the main facade suggests the existing parcelling. At the back façade the composition criterion is more free, because it looks towards a renewed area involved in a urbanism project of the city.

This facade has vertical windows attending to the common typology of old town windows, but with a contraction in the central part and a dilatation as they approach the neighbouring buildings. A public outdoor courtyard or passage, located at one end, in the plot previously occupied by a house, opens a street through the building, having a rest if you want, going directly to any floor or taking a shortcut.

The functional program is distributed in all plants, generating traffic to and from all areas. The folded steel stair climbs all the building, unfolding to different sides on each floor, forcing and generating visual and unexpected views. The volume covered by the ground floor and mezzanine level hosts the Multipurpose Room, occupying the topographic slope of about 5.45 m.

The first and second floors, connected by a large double central space are compartmented in a series of rooms, some of them with a fixed use and others with a changing one according to the needs and activities demanded by the city. The circulation spaces leave their secondary use to become meeting points. In the top floor, a bar opened onto a large terrace with a special topography formed by skylights to the second floor, gives a stunning view towards the Church of Santa Maria and the roofs of Balaguer.

The search of multipurpose and adaptablespaces is a constant throughout the design of the project and its construction, having changed both uses as distributions to get a better building adapted to the real needs of the users, to get the best solution to the city. 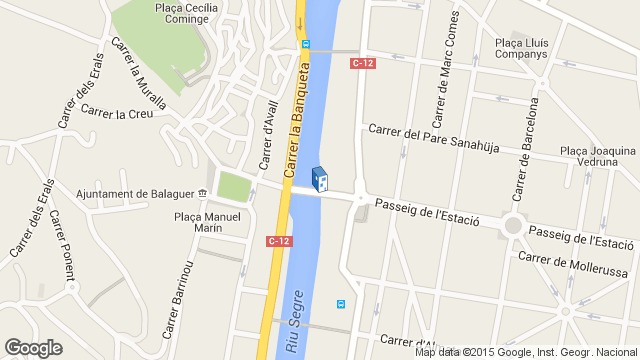