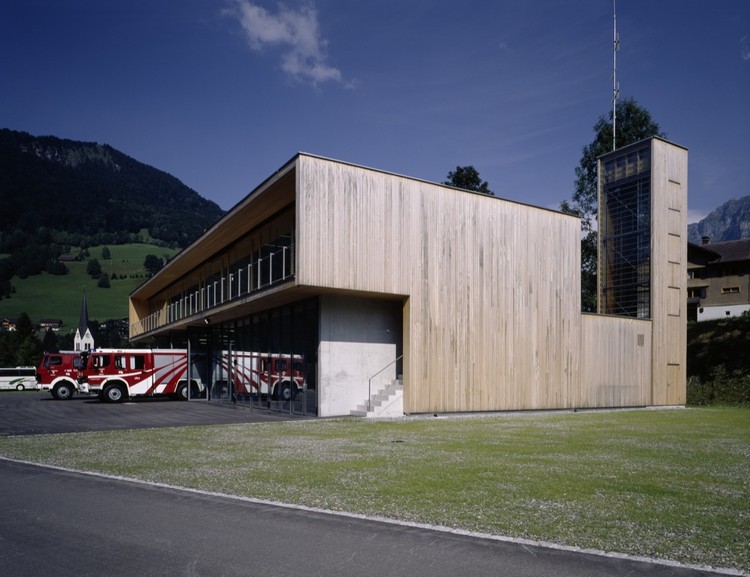 The dual-purpose medium-size structure is located on the right bank of the Mellenbach that runs through the loosely clustered village, before it joins the Bregenzerach, the main river of the valley. The design concept reminds of a fluvial terrace and pays homage to the topography; both longitudinal sides of the structure reference the Geländesprung (jump in the terrain) measuring one and a half storeys. This site specific Setzung (i.e. German for accentuation) integrates the attractive functional building into the fabric of the surrounding settlement.

The access path, parking lots and the vehicle hall are located on the lower level. The gates open toward the entrance piazza along the quayside, while the rear section maintains a distance to the embankment, where daylight enters through a ribbon glazing to light the coatroom and service rooms. The offices of the fire station and the mountain rescue station are accessed along the front corner of the building, where the concrete wall has been slightly recessed, opening up a corridor that repeats the theme of the “Schopf”, the unheated anteroom outfitted with folding windows or shutters, a traditional feature of the “Wälderhaus” (house in the woods). Due to fire protection reasons the large basement of the vehicle hall was outfitted with a wood-cladding, while a timber constructed upper storey was placed atop the structure in a staggered layout. Thus, the structure sports a dynamic form that shelters the north-facing gates of the garage.

On the ground floor the south-east façade of the building faces toward the back, while it is set back on the upper storey and becomes the glazed front, balanced by doors and wooden frames. The upper storey is removed further from the upper road, thus coming into its own. An elegant foot bridge allows – unobstructed – access also from this side. Training and recreational rooms have been arranged along the hallway behind the glazed front, offering a view of the tall Kanisfluh, the local mountain of Mellau and Schnepfau. For the façade planed silver fir planes were mounted vertically with grooves and combed joints. Firs are common in Vorarlberg’s forest and provide weatherproof wood. The surfaces will weather in a few years, and then the functional building will blend into the fabric of the village alongside rustic barns. Its modern architecture does not form a stark contrast, but is rather proof of the profound knowledge of regional cultural roots and constitutes a modern interpretation of the theme. 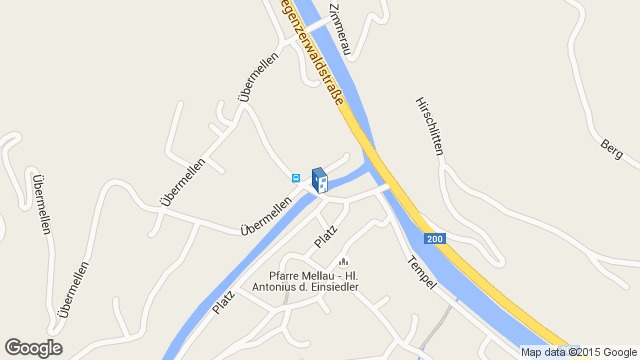 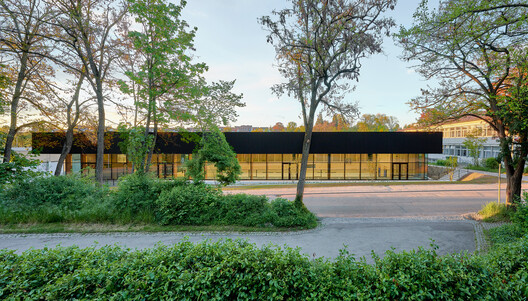