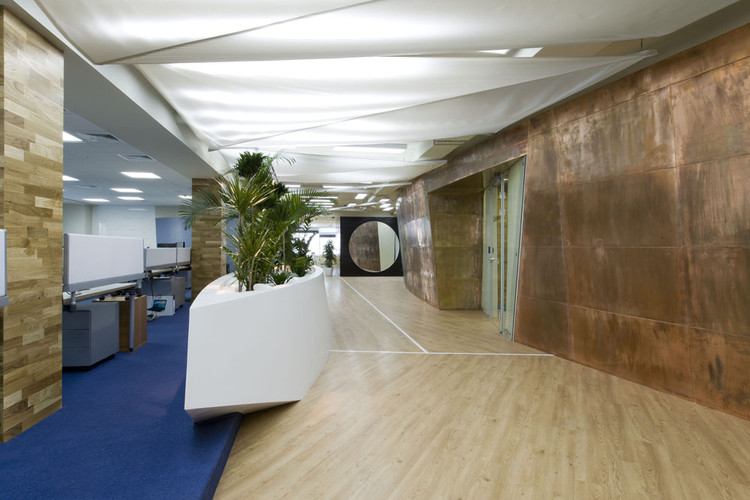 Text description provided by the architects. Yandex, the largest Russian IT company has recently opened its new office in Odessa, Ukraine. It is located on the 8th floor of ‘Morskoy-2’ business center. A 1760 sq. m. office is arranged around a light shelf and is tailored for 122 workplaces. Close to the atrium are the spaces, with no need for intensive lighting — meeting rooms, lecture hall and other premises, which are not used on a regular basis. Work areas are open-space and are mainly located along the windows. The windows, by the way, are facing the Black Sea and the picturesque port of Odessa. There are just several separated premises here: coffee-point, meeting rooms, canteen, and the sports zone, with table tennis, foosball, cardio-vascular machines and gymnastic accessories.

Internet and electrical communications are distributed through the ceilings, and electrical wires are hidden under the raised floor in open-space. Peter Zaytsev and Arseniy Borisenko, the architects from za bor architects, who have designed their 9th office for Yandex, comment on it’s idea: «We had an aim of creating a bright representative office, it had to become extraordinary and memorable. Odessa is a maritime city, that’s why we have tried to use the maritime motifs, but unobtrusively.

The maritime theme had been used very gently in decoration. For example, there are light-diffusers in the form of sails, and the walls are covered with copper (which reminds us about rusty ship’s hull or boiler of a steamboat), also there are large round mirrors – they look like illuminators, and the white streamlined flowerpots have a lot in common with contemporary yachts or submarines. The maritime atmosphere is even increased by blue carpets and window tinting.

Nevertheless, all these decoration elements always have their own specific function: for example, the ‘sails’ sound-proof effect, flowerpots are effective in zoning to separate workplaces from corridors, etc. The maritime aesthetics is highlighted by windows, which open a marvelous view to the seaport with its saturate yellow cranes».

The project has a lot of difficult details, e.g. the copper wall covering was implemented as it only at the second try: it took long choosing a right reagent to receive the projected effect — finally acetic acid was chosen. Each one of the «sails» is truly unique and has its own size and shape: the first prototype was developed and then hanged up in manufacturers office in Moscow — only then the development of 21 pieces had started. They not only soften the light, but, as well as Ecophon acoustic material, which covers ceiling in work areas, they give an obvious sound-proof effect. It is even enhanced by wooden elements of the ceiling in reception zone (which sends us back to wooden ship details). Reception desk was also custom-built and has its unique geometry, but its shape reminds about an arrow, as well as other reception desks in Yandex offices.

It is interesting that floors are also unique here: the parquet board is laid in all different directions which gives geometric rhythm, and that is underlined by Corian white stripes. 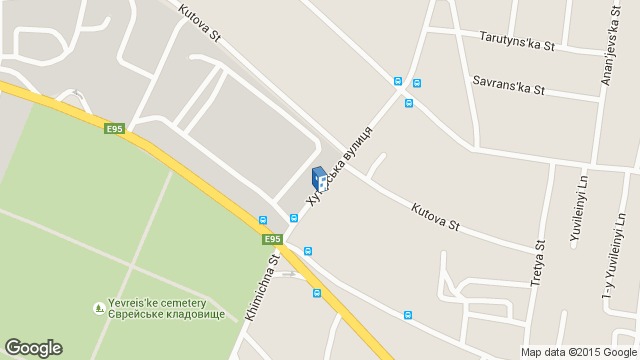