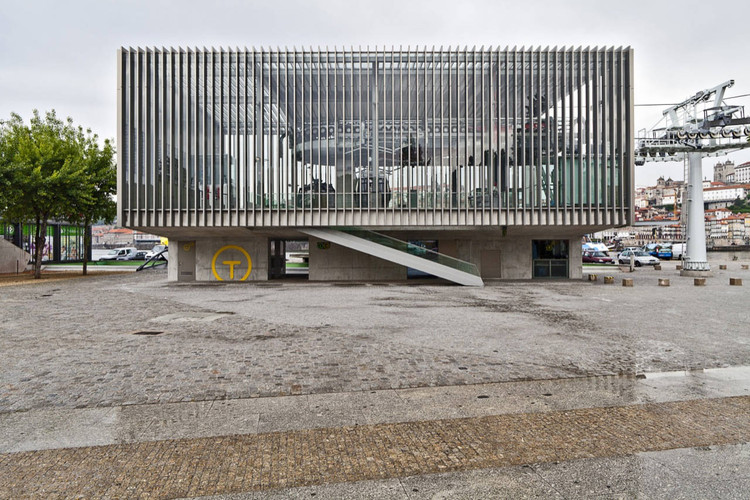 The challenge of the project is to intervene in the impressive scenario of the new Serra do Pilar – Cais de Gaia axis and, simultaneously, harmonising it with the technological complexity of a cable car. Basically it was also a question of creating a new – axial, functional and visual – urban axis characterised by the introduction of a very strong movement in the landscape.

This typology was proposed for the city of Vila Nova de Gaia with a ludic and functional approach with the aim of energising the site and the tourist offer connecting the Port wine lodges and the riverfront (with its many restaurants and bars) to the metro and Serra do Pilar on the higher level.

The Upper Station blends into the existing buttressed wall aiming to be neutral and abstract, with no language and almost timeless. The project seeks to reconcile the orthogonality of the houses with the obliqueness of the cable axis, juxtaposing the monumental character of the construction on the steep with the domestic scale of the adjacent houses. Access to the higher level is achieved by ramps and stairs that lead to the roof-belvedere which consolidates and completes the existing buttressed wall.

The location of the Lower Station building on the Douro riverfront gives priority to the public’s use of the space and improves accessibility. The ground station’s architecture concept lies in a simple and pragmatic structure inspired on the framework of a boat: an iron skeleton with metal slats is suspended over a central concrete structure (the keel) forming two consoles. The two retractable suspension staircases shuts down the building when the service is closed with no need to resort to fencing thus guaranteeing the security of the site.

The architectural form appears as the demarcation of the specific axiality of this type of equipment in which the immaterial axis – the movement along the cable trail – coincides with the physical and structural axis of the building that incorporates the Station’s posts. The structural axis supporting the building is also infrastructural concentrating various support equipments for the cable car (ticket offices, information booth, toilets) whilst the boarding platform is raised.

This is truly a play in two acts. The rhythmic form provided by the slats gives the object a mutating appearance with soft optical effects of transparency and opacity depending on the viewpoint and according to the changes in light throughout the day introducing rhythm, cadence, timming, all that is seen and all that is hidden. 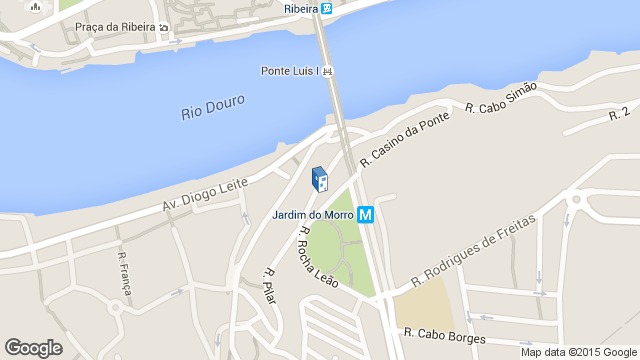