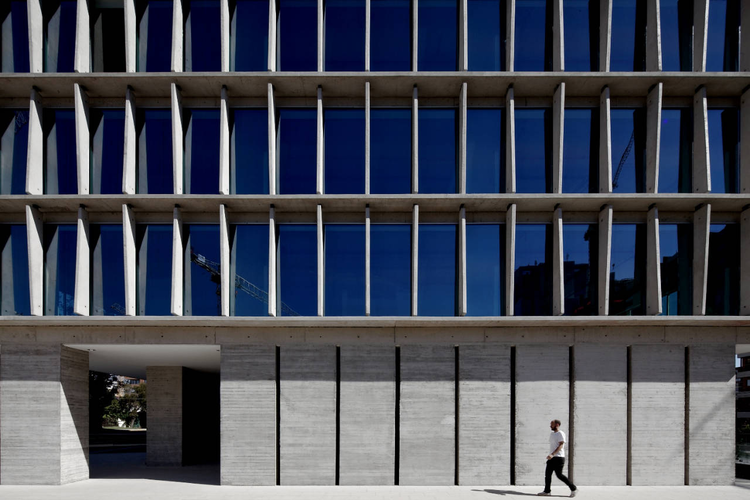 Text description provided by the architects. This project is an office building located in Santiago de Chile. The site is what we call “head of an urban block,” a northeast-facing end of a former residential block. The area, “Nueva las Condes,” is currently undergoing a large urban transformation, creating an urban quarter of mixed-use residential, office and retail space. The project was conceived as a straightforward operation, keeping the site as open and continuous as possible for pedestrian traffic. The horizontal continuity achieved allowed us to extend the open space and minimize the footprint on the lower level.

This unique condition of open space, air and continuity also made possible the introduction of an urban dimension to a relative small site. We did not want to think of this building as a generic office tower. We wanted the building to present itself as a cubic volume with equivalent dimensions of height, length and depth. The volume is configured with very clear edges and minimum contact with the ground. The design is intended to give strength to the idea of continuity and presence. The volume, in fact, consists of two bodies, slightly displaced one from the another, on a central axis. This creates two patios on the lower level, adding a three-dimensional element to the street.

The building, unlike most of the office towers in the area, is an opaque volume. Each facade is treated as a response to sunlight and heat. We wanted to maximize the natural light coming into each office and, at the same time, control unwanted heat. Due to its orientation, the building neither reflects sunlight to its surroundings, nor does it absorb unnecessary direct sunlight. This is a basic condition for sustainable architecture and makes the building perform much better in terms of energy consumption and in terms of its impact on the neighborhood.

From the outside, the building is regular in its configuration. The sequence from floor to ceiling is equal in order to highlight the presence of voids and air. The regularity with which the windows are placed is only interrupted by the vertical and horizontal elements designed to control sunlight. This new interpretation of prefabricated concrete, known as “brise-soleil,” adds a special quality and unique identity to this building.

Unlike most of the buildings in the area, the exterior finishing of this volume is more opaque and coarser. The result stands in vivid contrast with the generic paradigm of office building facades in Santiago (and like much of the world) with their glass facade curtain walls. On the northern facade, the geometrical and structural challenges are addressed by the use of small elements – rustic, simple, angulated concrete shades.

These elements are designed to be attractive from the street level, while from the inside the effect is to create a sense of enclosure and peace by establishing a distance between the exterior and interior. There is no longer just a thin layer of glass between the outside and inside; now we can see thickness. On the other hand, the southern facade is open; there are no vertical elements for sun control to interfere with the view.

We explored a material that is used mostly for partition or exterior walls. Typically, cellular concrete blocks are use for rapid construction and for creating thick walls with good heat transition performance. However, they add little of substance to the architecture and are often used simply as a “filling” material.

We wanted to work with this material, but we needed to transform its use from a block to a slab. The result is a 1.5 inch slab of cellular concrete used for the exterior finish of the building. It has proved to be a good material. Added to the concrete structural walls, the cellular concrete slab has more than adequately met the local insulation codes. It also adds an intriguing look to the exterior wall. 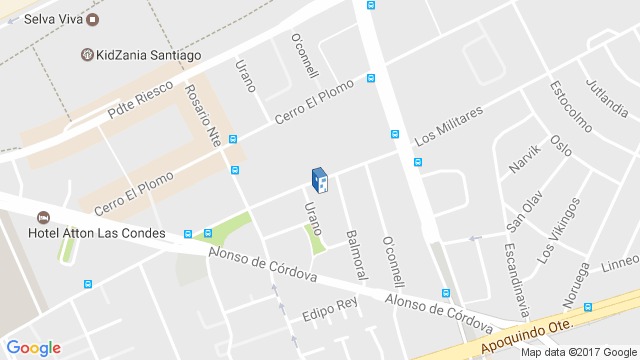