Save
The house behind the wall / Peter Gabrijelcic 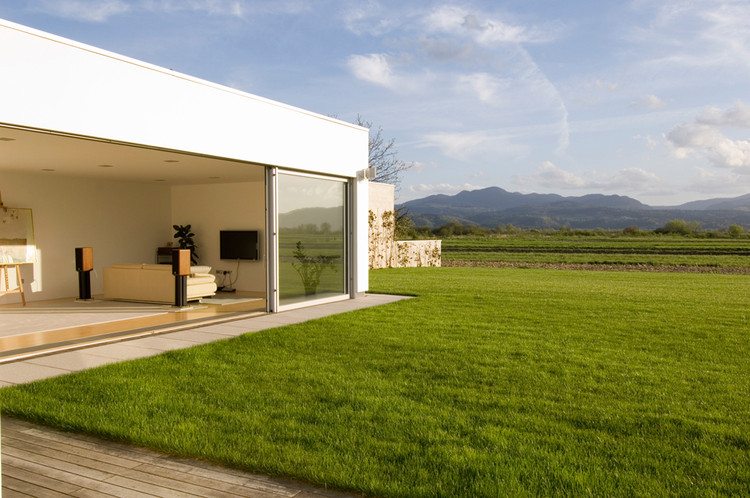 Text description provided by the architects. The house designed by Prof. Peter Gabrijelcic sits on a narrow parcel of land among typical Slovene suburban structures. On one side, there is a chaotic settlement; on the other, we find the marshy plain of the Barje landscape park, and an intertwining of meadows, fields and ditches, with a magnificent mountain rising in the background. The space is dotted with various types of houses and tradesman's workshops with their messy yards. When one's back is turned to the settlement, one may enjoy views of pristine green nature.

The new longitudinal house is conceived as a wall – a fence forming a secure atrium in the midst of the existing built environment. The house is turned outside in. It enables its residents intimacy, and at the same time it offers a compromise with the co-existence of the widely divergent structures in the same area. It resembles a nest, well- accommodated, protected and concealed, but at the same time benevolent to nature, openness and broadness of mind.

The longitudinal wall, 40 metres long, has two functions. It marks the parcel boundary of the new house, sets its exterior margin - keeping out of sight the disorderly, inhabited side of the parcel - and at the same time, on the inside, accommodates a storage space running along its entire length.

Between the cabinet/wall and the rest of the house there runs a corridor illuminated by natural light from a long skylight. Alongside the building, there is a range of functions, such as the entrance, kitchen, living room, bedrooms and workrooms. As if the architect had epitomized the perspective of the landscape and transferred it to an architectural drawing and idea. 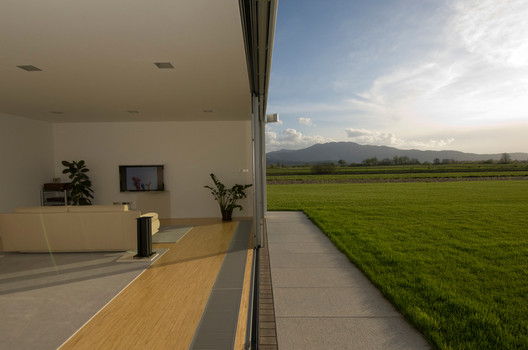