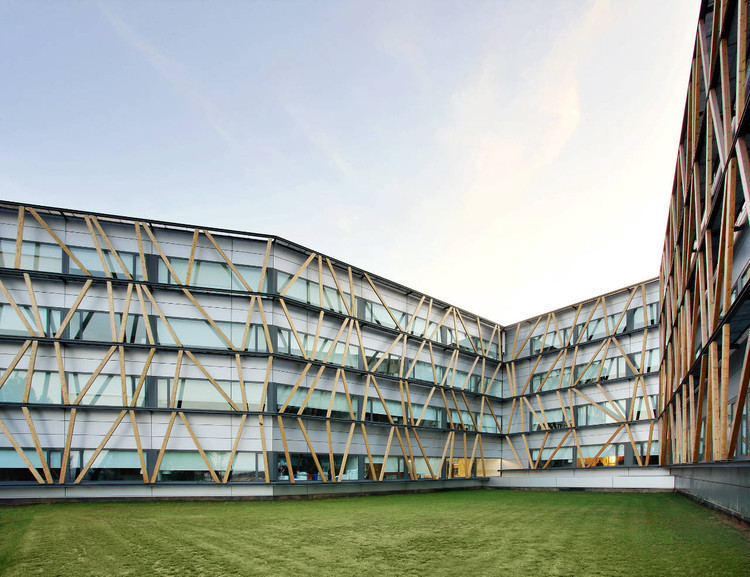 Text description provided by the architects. Parc de Bell-lloc is a 122-hectare property situated on a hill, in the municipality of La Roca del Vallès, and is reached via the Granollers-Sant Celoni road. Most of the property is a rich mosaic of the oak and pine woods and farmland that is characteristic of the surroundings and of the Vallès county in general. In the 1960s, Caixa de Barcelona, the then owner of the land, built a large school on the peak of the hill as part of its community project.

The 18,000 m2 building, designed by the architect Manuel Baldrich i Tubau (Barcelona, 1911-1966), who also designed the Llars Mundet complex and Sant Jordi Swimming Pool in Barcelona, is constructed in the late rationalist style with Nordic references, and also displays the work of well-known artists of the time such as Josep Maria Subirachs and Arlette Martí.

The complex splendidly conserves the character of the time at which it was built, thanks to the quality of the materials used and the spatial layout. The judicious width of corridors and hallways, the design of the stairways, the clarity of the natural light and the system of outdoor pergolas connecting the buildings, not forgetting the fluid relations between interior and exterior, define the atmosphere of the place and give it an unmistakeable character.

In the mid-1970s, Parc de Bell-lloc became famous in teaching circles and socially, and was exemplary for its installations, having as many as 1,200 pupils and a teaching staff of over 200. Part of the property is given over to fruit farming, and the rest is kept up as woodland. In 2002, the property was purchased by Parc de Belloch, SL, a subsidiary of Santa & Cole Ediciones de Diseño SA, which then started to introduce its head offices into a sector of the old buildings and recover tracts of abandoned farmland as nurseries for the production of ornamental trees.

In 2006, our firm was commissioned by Parc de Belloch, SL to adapt the remaining buildings to accommodate the project for a campus for Universidad Corporativa de Telefónica (Telefónica Corporate University, UCT) where it could hold continuing development programmes for its top management. In view of the breadth of the programme (180 bedrooms, 20 seminar rooms, a restaurant, cafeteria and lounges), as well as maintaining the original use of three of the existing buildings (classroom block, canteen and kitchens, and former residence), we decided to construct a new building to accommodate the main entrance and the bedrooms.

This new building is situated in what used to be the service area, forming a border between the campus and the neighbouring farmland. This served to maintain the image of the complex designed by Baldrich, while creating a new outer image by turning the complex to overlook the landscape. The geometry of the new building’s floor plan draws on this condition of limit between the built space, with which it is connected, and the woodland it overlooks. The resulting building picks up the orthogonal lines of the campus and opens up to the surrounding landscape and the best views with a panoptic arrangement of the rooms.

This new building, along with a structural intervention in the existing residence building, generates a large communal space on the ground floor that relates the classroom block with the residence. It provides a large lounge for the complex, furnished to encourage interrelation among the people staying there, one of the main objectives of the UCT.

The new building stands the same height as the existing construction, thereby maintaining a unitary cornice throughout the campus and ensuring that there was no strong visual impact. The façade design is based on the logic that Baldrich imposed on the complex, using contemporary construction technologies and techniques that are deliberately clad in places with natural materials. 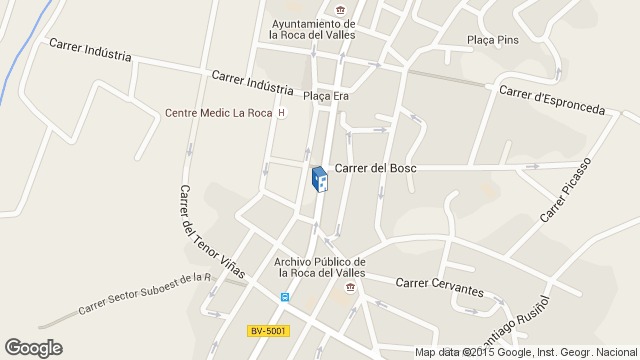