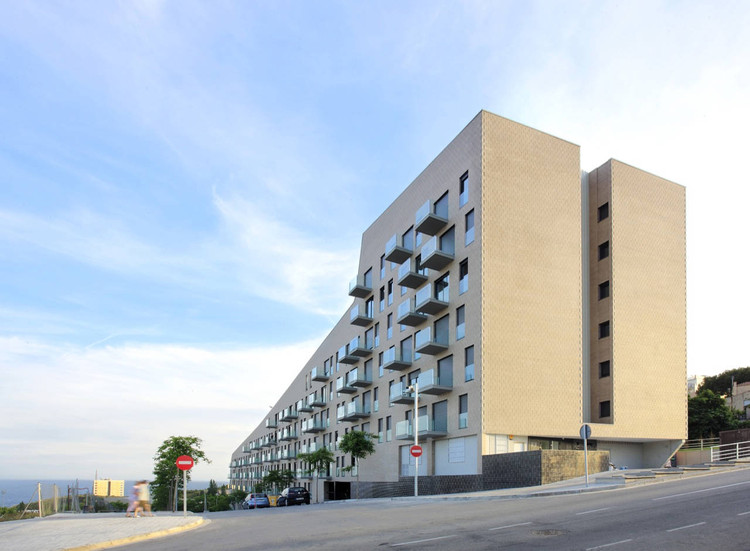 Text description provided by the architects. Urban planning for Turó del Sastre in Montgat foresaw the construction of a new complex comprising a system of long linear blocks with a noticeably parallel layout. The blocks are laid out perpendicular to the coast and the mountainside on which they are built, with their longest façades facing east and west. The building we designed and built is located on one edge of the site and, like the others, was governed by the terraced volume established by regulations for the building outline.

The orientation and built volume of the block determined the typology of both the dwellings and their grouping. We designed a layout of four dwellings per landing, two facing east and two west, with their main spaces (living/dining rooms and bedrooms) lined along the façade, and the service spaces (kitchen, utilities and bathroom) arranged parallel overlooking a courtyard that runs the length of the building.

This layout ensures sunlighting for the dwellings, natural aeration of all the service spaces and efficient cross ventilation. It also served to optimize the communication shafts, free up volume and house all the service and evacuation installations in the central courtyard, which ensured ease of construction and future inspection and repair. The steep slope of the street made it possible to organize car parking on separate floors, with entrances that are staggered so as not to affect the dwellings on the ground floor.

The necessary terracing of the block to adapt to the topography and comply with planning regulations was addressed without fragmenting the volume. Flexibility in the building’s cornice produced a continuous built volume, incorporating the terracing into the project’s general form. The resulting jagged outline also provided a more efficient support for the solar collection panels situated on the roof.

The decision to unify the overall volume was determinant in the design of the façades and the choice of materials with which they were built. We chose beige brick, in keeping with the colour of the roof slab, to highlight the silhouetted volume, and the point where the building meets the site is marked by black glazed brick. The characteristic east-west orientation and the plot’s steep south-facing slope, overlooking the sea, suggested the design of a particularly prominent balcony that offers occupants good views of the coast. Its repetition and random distribution ultimately define the image of the whole. 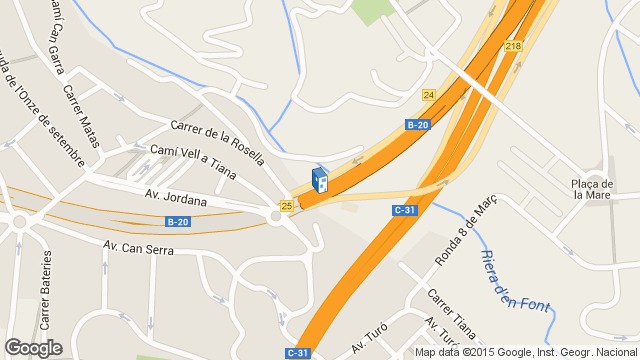 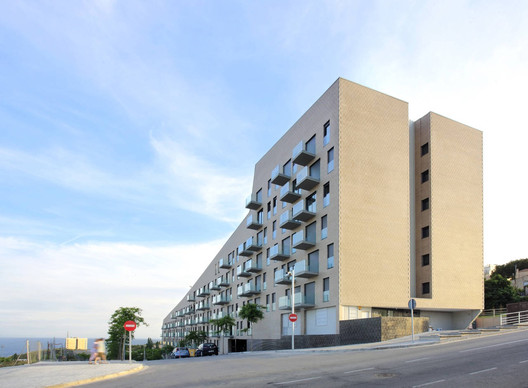