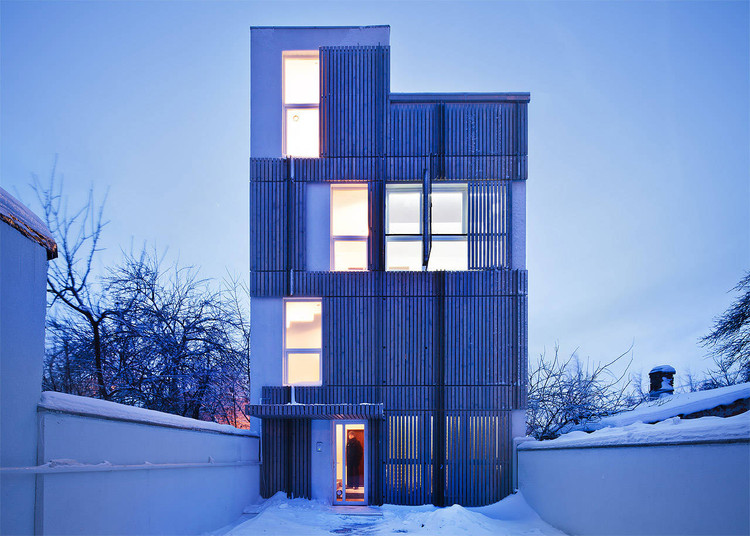 Text description provided by the architects. This project in Bucharest manages to develop a small collective housing scheme under a minimal budget, proposing a new way of living as well as a new urbanistic approach for a controversial neighborhood. Difficult location and impossible regulations
This project is located close to the central area of Bucharest in a quite problematic context. It is a genuine slum almost unchanged over the years, almost abandoned by the Bucharest’s administration and planners, but located right next to the Plumbuita Park, which has a beautiful lake and an important Orthodox monastery. Since the beginning of the design process, we faced all these conflicting data: a typical dense slum plot, with an (urban?) life that sometimes bursts too intense for what a public space / private space / neighborhood should be, versus the huge potential of an exceptional natural environment. Due to these circumstances, the decisions we took during the design attempted to solve this paradoxical equation.

The project story begins when the owner (a young lady) decides to invest on a plot of 282 sqm. Initially, the City Hall planner’s proposal was an urban solution illustrating an indifferent replica of the Bucharest specific wagon-house. But for such a land, with the opening of 6.6 m and length of 42 m, that would mean compromising any relationship with a possible courtyard as well as a completely non-functional building, impossible to develop and, later on, to sale.

First of all, the proposal we made was a radical typological change: from the urban wagon-house, to a scheme composed by 2 separate volumes. Therefore, without changing the density of the area, that is, keeping unchanged the local urban density parameters, this new typological choice came from the redistribution of the built areas rather on vertical than on the horizontal direction. With this operation we obtained a smaller footprint, resulting in more compact volumes each with a larger courtyard.
Even though more conventional and higher, these two volumes are certainly more functional than the initial single volume wagon-house of approx. 4 x 30 m might have been. Moreover, the two volumes establish a proper relationship with their courtyards area. By using the full width of the land, the proportions of these courtyards allowed the ground organization of all necessary parking places, without the need for underground parking and thereby a basement level with all its economical implications for such a small investment.

Finally, this typological change is meant to be a potential pilot intervention of the area, in order to encourage a more efficient future urban morphology. This could result in a positive (but not utopical) scenario of attracting similar investments, and perhaps it will help the urban slums of Plumbuita in getting out of the socio-urban collapse, which is presently in.
In volumetric and functional terms, the two blocks are almost identical. The only notable difference is that the ground floor of the first block, that stands closer to the street, leaves a gangway access toward the courtyard and the second block that’s located in the depth of the plot. Except the ground floor of the first one, each level of the two blocks contains 1 bedroom apartment with a built area of approx. 68 sqm. That is, a total of 7 apartments.

Expression and materials
The general expression of the facades was chosen for two reasons. The first is a practical one: the need to protect the privacy of the apartments, given the small distance (10 m) between two apartments located across or between the building and its neighbors. The second reason resulted from processing the vertical timber fence pattern, which is omnipresent in the context of the slums. Also, the vertical louvers (local stained pine slats attached to steel frames) were chosen for their better maintenance, compared to the horizontal ones.

As already said, the materials and technologies involved have pursued the effectiveness of this small investment. There were used traditional construction systems (masonry and reinforced concrete frames) simple finishes and technical solutions. The main goal of this project was for us the appropriate answer to the context demands, but also to our young client’s needs. However, this involved an attempt to provide a generic example of how to build intelligently within a contradictory but simulative context, as it is the traditional Bucharest slums. 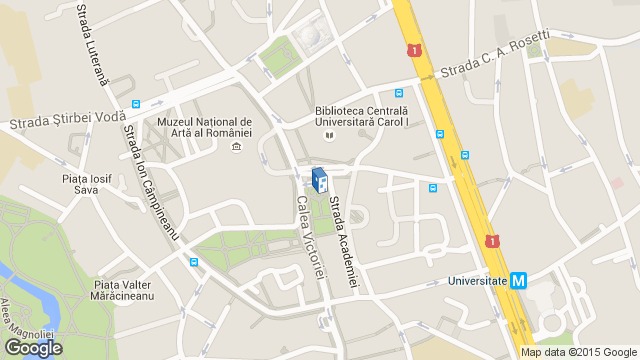