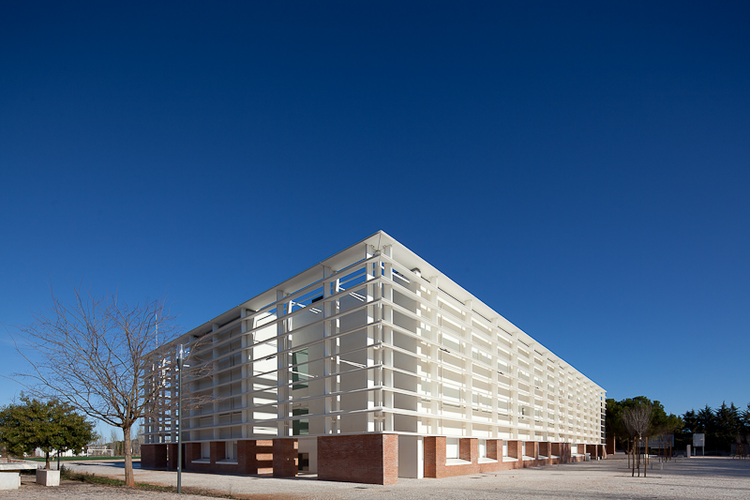 Text description provided by the architects. The intervention area consisted of school grounds, vast and arid, where, between the existing buildings, three large pine trees grew.

The central block had social and management functions; other two held classrooms and laboratories, another was still devoted to workshops and, finally, a sports pavilion.

Functionally outdated, formally unattractive and structurally fragile, it denoted an aging prematurely equipment and an obvious inability to become warm and friendly to the school community.

Beyond the aspects listed above, it also became urgent and essential to solve the thermal, acoustic and air handling problems, as well as architectural barriers, outdoor spaces, etc. This reality is the starting point for a new school concept based proposal.

Firstly, the buildings to preserve were selected, and the drawing found its way into a unique final object. Maintaining both classroom buildings and the sports pavilion, the answer became to fulfill the spaces between them, creating new volumes and thus becoming a continuous element.

This “new” school building re-organized, and started by marking its entrance and a dignified hall. That space extended itself outdoors, joining an exterior square. On the inside, a clear, simple and bright image was wanted, with obvious paths, easing the connection between the several operational entities.

Externally, a solid artisan brick covering provides protection to the building, reducing maintenance costs, while giving unity to the whole complex. The GRC grid allows the control of light intensity and provides uniformity to the outside image of the building, boosting the integration of pre-existing blocks. The entire surrounding area was redesigned, enhancing outdoor activities, the relationship with the interior spaces and assuming an improved framework for the building. 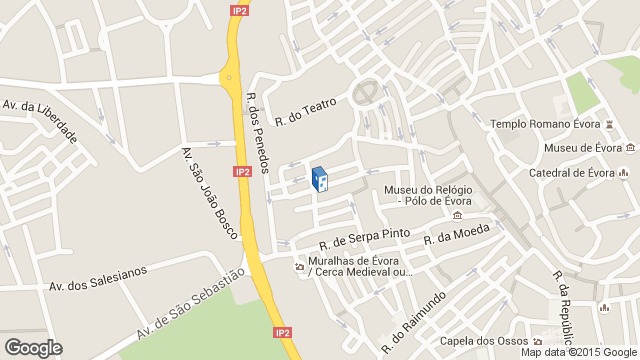