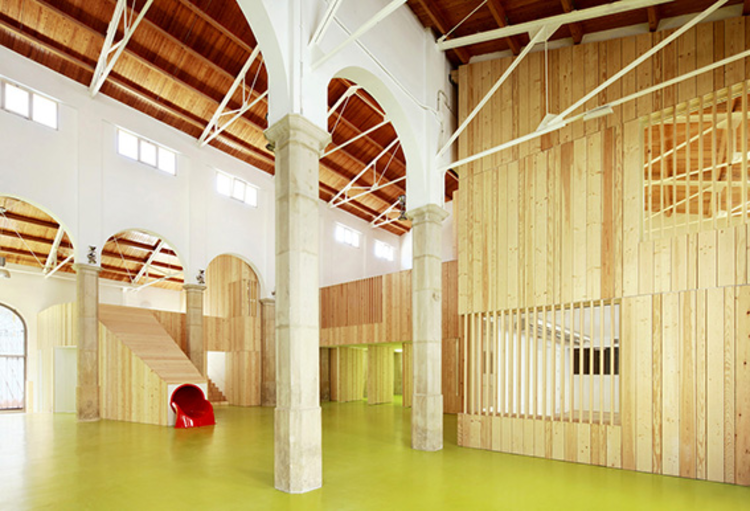 Text description provided by the architects. The old marketplace of Alcañiz has not been home to a market for some years, but now it has once again become a part of the town square, an area for socialising, passing time, and education. The enormous space inside the building has been reconnected to its environment via the introduction of a newly built element. Independent of the existing structure, it is an exercise of occupation strategic, respectful and reversible. Its two levels are enclosed within a homogenous and continuous skin.

The piece acts as the entrance and exit of the main hall, leading to spaces on different levels, facilitating movement between them, and creating secluded spaces in the lateral naves for new educational programmes. The design was guided by the premise of maintaining the old marketplace as a public space; an addition that sought to keep its original spatial qualities intact instead of diminishing them.

The proposal was realised with lightweight construction techniques: the structure is made of metal and laminated wood, the enclosure (both the substructure and the finish) is made of conifer wood and the dividing walls of drywall. The thickness and the finish of the exterior varies according to the space it surrounds: the texture of the exterior is created by the modulation of the different wooden sections, and their placement either parallel to the wall (in the areas with an opaque finish) or perpendicular to the openings (which are latticed.) 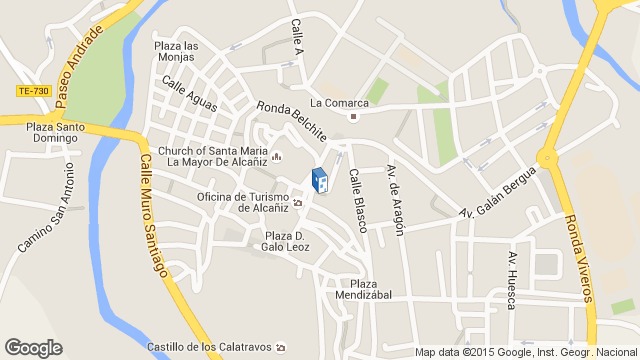