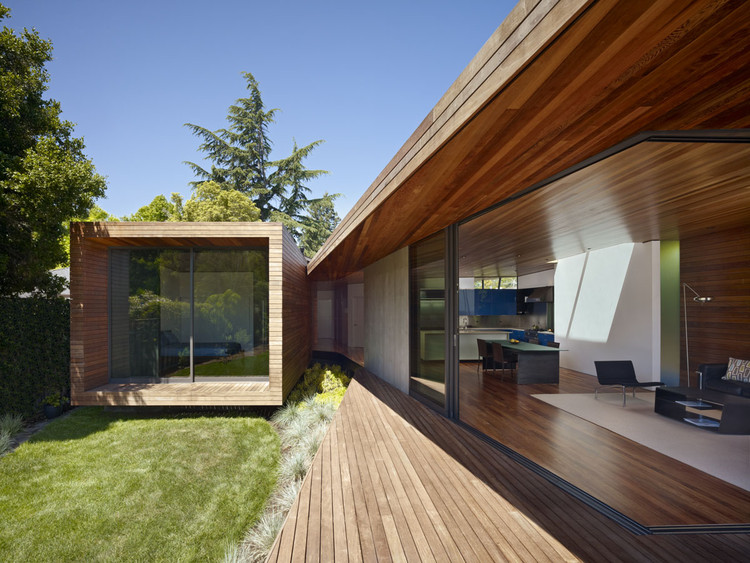 Text description provided by the architects. This project was designed for a retiring couple, and necessitated the need for accessible space. The project ties the new addition in the rear garden area to an existing mid century ranch house by way of a transparent hallway that provides accessibility to the existing structure and allows the garden to extend into the core of the house.

The new addition comprises two floating volumes. The bedroom wing/volume on the West side of the existing house is continued toward the back as a wood tube form to accommodate an additional bedroom. The end of the bedroom volume is left open to the garden. The second volume houses the kitchen/dining and media area. The East wood wall plane of the main space is folded over onto two monolith concrete walls to form the main roof plane.

The result of the main space produces large transparent openings or voids that open out on to a deck at the rear garden. The same roof plane also warps out forward to form the carport roof toward the front of the property. A garden concrete wall stretches out toward the garden adjacent to a rear ramp and forms part of the cantilevered bench that echoes the concrete wall material of the media room.

The original structure, which houses the music room and two bedrooms/bathroom, was retained. Parts of this structure required renovating: A new steel bay window seat was inserted at the front bedroom to replace a small existing window, the front entry porch was extended and rebuilt with hardwood decking connecting to the new driveway. The fireplace chimney was reconstructed and is skinned with recycled epdm rubber along with the carport storage volume. A new hallway/passage and wood skinned storage wall was designed into the core of the structure to connect or engage the new addition with the existing structure.

The two wood volumes the “bedroom tube” and the “roof plane” both create a connection and openness to the garden by using transparency, clean minimal detail and simple materials. 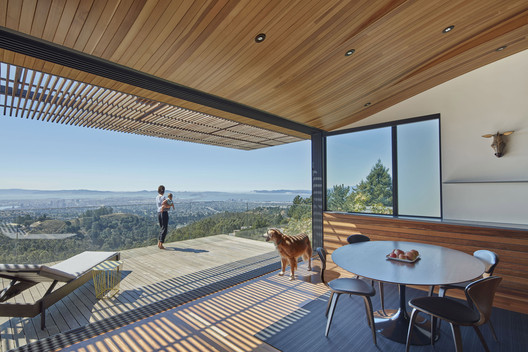 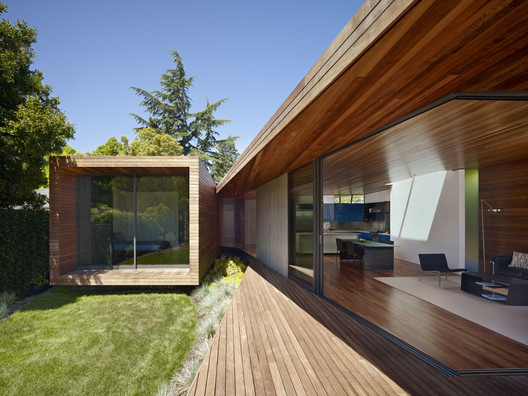