Save
Housing In Aveiro / RVDM 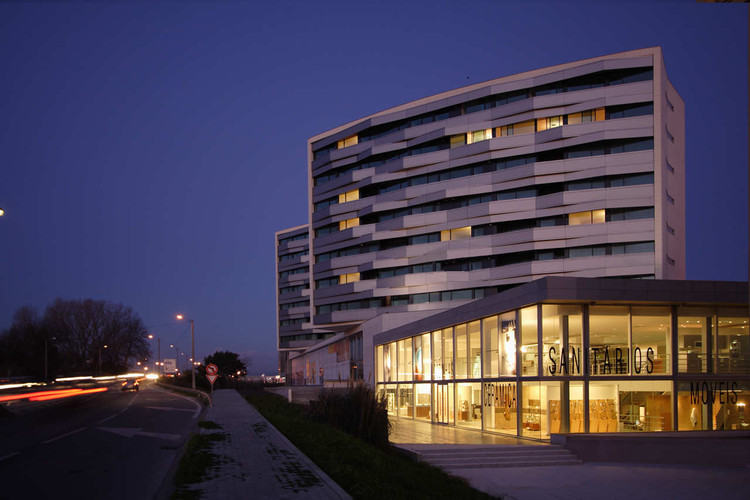 Text description provided by the architects. The project was built in the south new city extension, where big malls and new neighbourhoods are spreading around. Resolve the noise impact that the vicinity of the main road, crossing the city from east to west with eight traffic lanes was the main challenge.

The building consists in three housing blocks with 89 apartments, over an extended commercial block that supports them, linking two distinctive levels, one towards north and the other towards south.

The eastern block organizes the smallest housing types, while the twins does it with the bigger ones. By the rotation of those two, one guaranties clear view towards west and the coast, as well greater openness between blocks. This geometric deviation demands optimal structural solution to allow maximum flexibility to internal design. In order to achieve this goal, only four pillars appears each side of the elevators, allowing greater open space. Two external skins make the image of the twin blocks. The first one in glass makes big windows from floor to ceiling, extending perceived space towards the balconies. Metallic skin acts like a mask, providing privacy, solar control and noise reduction. 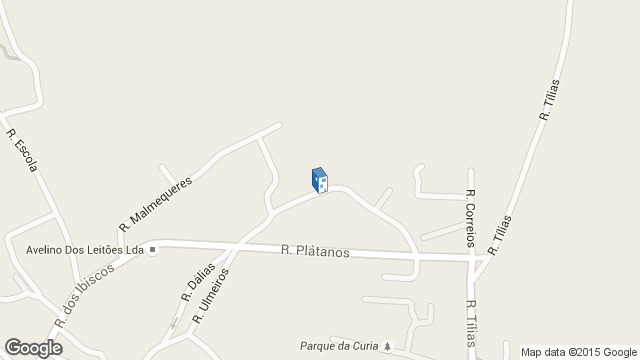 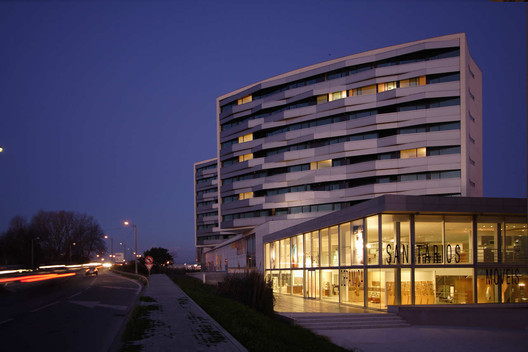