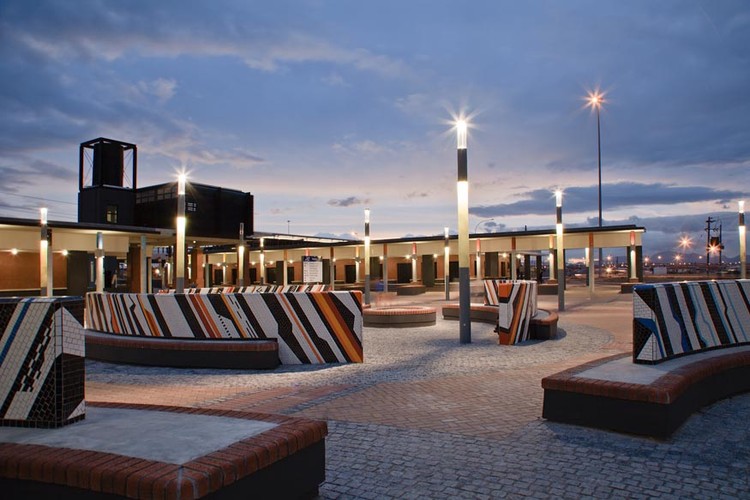 Text description provided by the architects. The project originated from an urban design study conducted by MEYER+VORSTER to highlight the importance of the new Kuyasa Station as part of a future urban node in Khayelitsha, South Africa. The City of Cape Town commissioned the same set of consultants to design a new transport interchange at this station to facilitate intermodal transfers. This facility was not only considered the focus, but also had to act as the catalyst for future intensive urban development around the station.

In an area where dire poverty is prevalent and the quality of life of residents are poor, the objective of the project was to create a vibrant, integrated urban environment where the broader urban needs of public transport users and more specifically pedestrians were to take precedence. This provided the brief to the detail design and informed the conceptual layout of the facility.

The project is structured around a series of high quality public spaces which will form the backbone of a future urban centre. An existing community centre and high school, located in close proximity, was integrated into the precinct. It was decided to include commercial and social facilities as ancillary functions to the primary transport function of the interchange. Therefore, in addition to the taxi rank, bus stops, park and ride component and the station itself, formal and informal trading opportunities, public ablution facilities, a butchery, medical suites, a satellite police station, bicycle lock-up stores, offices and banking facilities are provided.

The entire facility has been designed as an initial phase of public investment, and not as a completed environment in itself. This was done to encourage and accommodate future incremental growth over time. For this reason, the structural modules of the buildings have been designed to accommodate the possibility of future housing on top of the trading facilities, which will overlook the public spaces and which will be accessed from the back of the buildings in a walk-up scenario. Additionally, other institutional facilities such as libraries and crèches might locate around the public spaces in future.

A high quality public space, is lined with trading facilities and covered walkways which link the station to the other modes of transport and the remainder of the precinct. These walkways protect the pedestrian users from the elements, while acting as areas of display for the wares of informal traders.

Although this is a public facility of high importance within the community, special care was taken to consider the human scale in the design and detailing of the buildings and spaces. The edge of the public space is clearly defined by colonnaded arcades, where repetition is employed to create interplay between light and shade, to give character and identity to the individual buildings and to provide depth to the facades. It also creates a layering system between the public aspect of the square and the private domain of each trading unit.

A color coding system has been employed in the signage and mosaic details to distinguish between the various buildings and to add to the legibility of the precinct. Mosaic artists from the local community were trained as part of the construction process to install the mosaic work on the columns and pedestrian seating within the central public space. This introduces a sense of playfulness to the formality of the central space and adds a humane quality to the off-shutter concrete work. This is complemented by the use of red face brick around the perimeter of the square. Within the precinct, the water towers provide verticality and are employed as landmarks for orientation purposes in the featureless Cape Flats landscape – functionally these also improve the water pressure for the ablution facilities. 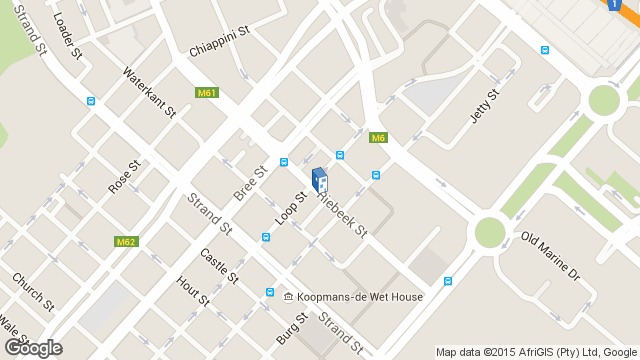