Save
La Coruña Center For The Arts / aceboXalonso studio 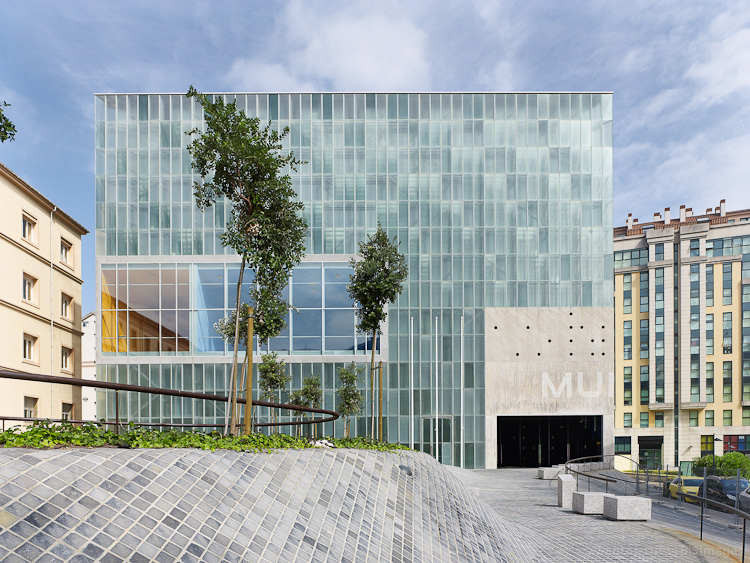 The history of this building beguns far before its birth, actually eleven (11) years before, as a First Prize of an International Competition. Even at the moment when we are writing this text, still we are not sure that the building will be opened someday. Perhaps and hopefully, it’ll be just put into service, as happened to the Civil Government of Tarragona of Alejandro de la Sota because political representatives refuse to do any act, or perhaps, will be condemned to stay closed a few years more.

13.000.000 EUR, 10 years and much, very much energy was necessary to get to the point in which we find nowadays. What today we call National Museum of Science andTechnology - MUNCYT – was born in 2001 as A Coruña Center for the Arts.

The Center for the Arts was conceived as a single container to house two buildings of diverse nature: the new Dance Conservatory of the provincial Council of A Coruña and a Provincial Museum of ambiguous content. Much of the efforts of the project focused on define what was the identities of each one of the two members of the Center for the arts. There could be no room for misunderstandings, each one had its individual nature from the functional, programmatic, temporary point of view and that had to be used to build the character of both.

A concrete tree that contains the school of dance into its branches and, surrounding this treelike shape it was the Museum, between the object and the limit. This strange shape stands as a protagonist of the museum space and defines the relations between the visitor and the place: IN means that you’re into the Conservatory; ON means you’re at the Museum, IN/ON. Two different facades (printed glass – standard glass), two temperatures of lighting color (halógen-fluorescent), two types of materials (hard-soft)..., two staircases making a double helix (coil) to guarantee the full autonomy between the visitors and the students.

In 2003 construction begins and the fortune allied with this building: a good construction company OHL team and two magnificent technicians of the Diputación de A Coruña accompanied the architects. Here began the more heroic and happy period of this story: it’s construction. It’s was technologically very demanding but was executed with such accuracy that it made him look like a central European work. For the first time in Spain it was used a self-compacting concrete, not included in the spanish construction regulations, so it was an experimental structure. We also developed a solar structural glass façade.

At the work’s office we spoke about molecular behavior, in an environment of contagious synergy. Total: 7,500 tons of concrete in 333 tankers, 16,000 m2 of formwork, 1,150,000 kg of steel, 1,000 colorful sound cylinders of 22 cm in diameter and 125 cm long, 15 km of cables and 3,750 printed glass laminate 200 x 80 cm. The project was finished with 95% fidelity to the original drawings and without budget deviations (9 million euros) and at the end of 2006 the building was almost finished. At this time it was exhibited at the MOMA in New York and received the prize of young architecture of the IX biennial of Spanish architecture.

However the political ups and downs were about to change the trajectory and the lack of content left the building closed for 1000 days. Birds and cats found the way to its interior, they make love in this magical space so we had two or three generations of happy cats and pidgeons fans of our architecture. The dust accumulated, the equipments became rusty; It was not born, and it looked like scrap. During those days we recall attempts and make some journeys and paid a lot of drinks to find someone who wanted to use it, but there was anyone in the political class who wanted to take up the challenge. In the meanwhile, it was widely published nationally and internationally.

Time was passing by and the shame was coming to light; it was neccesary to find a solution. It appeared because the Ministry of Science and Innovation needed a place for the National Museum of Science and Technology and from then on we used his next name: MUNCYT. A project to adapt to the new program and circumstances forced to shut down the original entrance and make a new one on the opposite side, cutting a big hole of 4 m x 8 m in a concrete wall with a diamond wire. The transformation of the Conservatory to Complementary Services Building, with the resulting connection - which had never existed until then -through the core of communications was also requested.

They were no longer two autonomous buildings but one with two faces. At this moment all efforts focused on trying to maintain the overall coherence of decisions that were taking in a particular way by the new managers. Any small change produced a dominoes effect on the total, forced to rethink from schemes of evacuation to the perception of the building in the city. Also we urbanized the outdoor spaces with a project of aceboXalonso, but under the paroxysm of the crisis, details were not executed and gardening and furniture were eliminated.

The building was coming out of its nightmare and small bussines like cofeeshops and restaurant started to open in the surroundings, attracted by the “continuous” future inauguration press news, encouraged by the comings and goings of Ministers year by year. It begun to receive strange visitors who came to stay, as the cockpit of the boeing 747 "Lope de Vega", the one that in 1981 brought back the Picasso’s Guernica after 44 years of exile in MOMA of New York.

To open a route into the building, and also for the 20 ton crane needed to fit this enormous item, about 25 sqm of facade had to be disassembled and some pillars had to be cut becoming an unusual fact that a building not designed ex profeso had the capacity to house a piece of such dimensions. Everything seemed to go fine, but suddenly appeared the “E Plan” (Spanish Plan to stimulate the economy and employment in 2009) for fast and small projects to be rushed and commisioned seven different teams 7 projects in museology for a space conceived as unique and total.

Last time we have been there was one year ago. We received these photos from photographers who were there, and it’s the first time we can see the lights on. And now we think that, despite the circumstances described, the building has always shown a high level of resilience and this makes us think that it will be able to meet new challenges successfully. 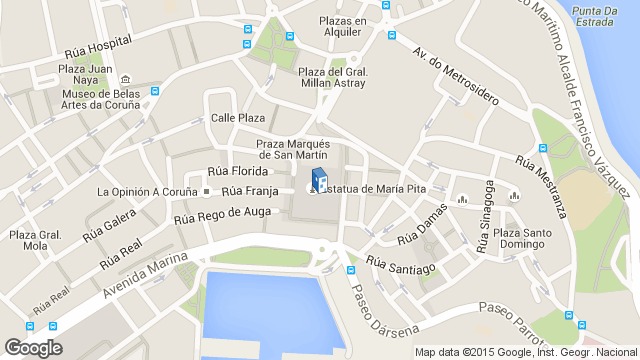 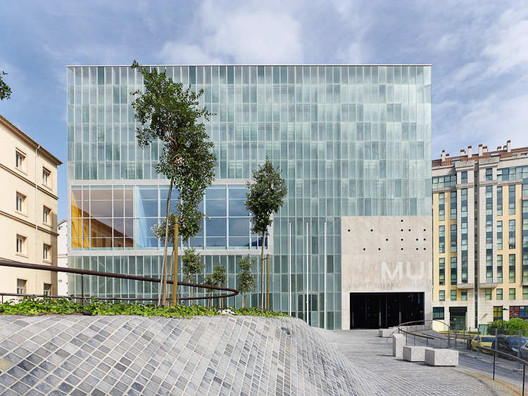