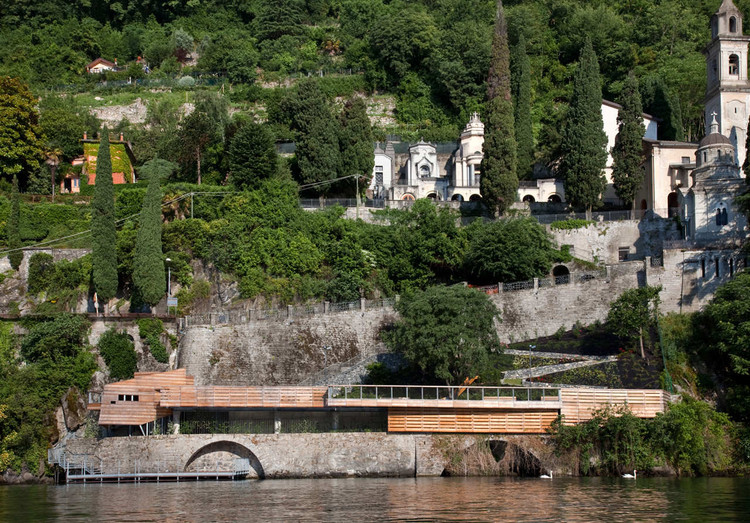 Text description provided by the architects. Brienno still has the dimension of a lakeside village. Unlike many other settlements, the territory has not been impacted by uncontrolled growth, and has managed to conserve a strong identity.

The site lies to the north of the historical center, downhill from the church and the cemetery, where a stone wall with three arches contains an embankment of about six meters in height over the average level of the water of the lake. The wall cannot be modified, nor can it bear ulterior loads.

To permit use of the escarpment a structure has been built over the lake, resting on recessed columns with individual foundations and micro-piles for support below. The project is composed of a few elements: the stone staircase, the wooden deck and the landing stage. The surface of the plaza is slightly sloped toward the north, amplifying its sense of space and transforming it into a small stage that commands new views of the historical center and the opposite shore.

To the south, the park concludes with two wooden volumes: the rest rooms and the access staircase to the storage facility and the dock for the boats. The space between the plaza and the previous ground level is bordered by steel cables that serve as supports for climbing plants.

Limited costs (of budget and maintenance), high landscape and historical value of the site and respect for the existing structure are approached not as limitations, but as stimuli for a sustainable design. 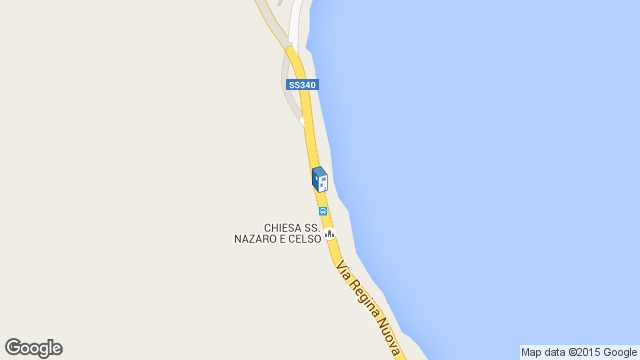