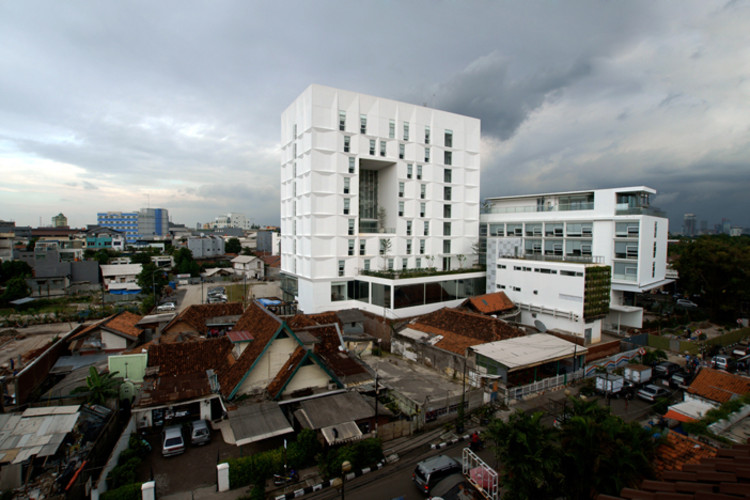 Text description provided by the architects. Considering the site potential above, and its contribution towards urban character development, the design approach for the Morrissey Hotel by Aboday pushes the limit beyond merely business hotel that hardly pay attention to issues other than pragmatism. In the long run it tries to inject a seed of change that will reconstruct the surrounding area. In short, it tries to deconstruct the concept of a three-star business hotel. More images and architects’ description after the break.

The proposed development is placed on a unique urban fabric, that flanked on four sides by different characteristic. The organic shape plot of land, start from the junction of Wahid Hasyim Road on the Southern side- as the main thoroughfare that connects CBD area along Thamrin road to Government precinct of old Mentend District - and Jalan Jaksa on the Eastern side, a small road which is homes to backpackers that has been placed under preservation. At the Northern side, the site is bordered by a lane that connects Jalan Jaksa and Kebon Sirih Timur on the Western Side. These sides populated by 2 storey residential buildings. Of 1.2 Ha, the service apartment covers only 30% area.

The building comprises of 2 rectangular blocks on juxtaposing manner and a separate BOH building. The facade of each is manipulated base on its function specific. The 5 storey lower block is made into cantilever, hovering about 20m long 7m above the ground to provide openness at the welcoming point, enable visitor to seek better orientation upon entering the complex, thus glancing towards the apartment lobby, and an office building towards the end, while the 10 storey higher block comes with a quad volume sky garden opening that frames east-west orientation vista and allow cross ventilation.

The lower block span over 40m long facing Wahid Hasyim Road is projected to be more life style centric that promotes full height glass window, in contrast to the solidness of higher block. The first 2 storey character is made into pedestrian friendly. An F&B anchor with 7.5M high door panels that slide and fold over 24m long will govern the facade. As the F&B level raised up by 1.2M, a series of tilted mirror behind the double volume door panel will provide reflection of F&B activities to those passer by, while keeping the privacy intact.

13 nos of Maisonette room facing Wahid Hasyim Road, a new to the operator standard, is added to underscore its life style attitude, which automatically regulates the facade with double volume glass that intertwine with typical studio facade grammar. This is a different setting to the north facing configuration that mostly studio unit. To complete the lower block drama, the roof top is proposed to be an event space, that comes with infinity pool, gym and another F&B. A thematic lift will encompass typical floor to bring visitor right up to the roof top from the ground.

On the other block, a contrast of transparency is demonstrated between the first two storey that housing the grand lobby and business center where visitor is invited to have a full commanding view of grand lobby, to the rest of higher floors above where the whole facade is assembled by 1.2m x 2.8m modular room’s window in fractal fashion. To accentuate this, the surface projected out to create a multi-faceted facade that wrap 360º underlining its solidness.

The whole blocks then is laid onto a modern landscape canvas that draw its character from the multi faceted form. Ground is shaped up with natural stone pallete of material and turfing. Pine trees will be standing along the drop off point, and rain trees will be planted at the selected location. In whole, a densely populated garden at the center will provide much needed green sanctuary for the visitor. 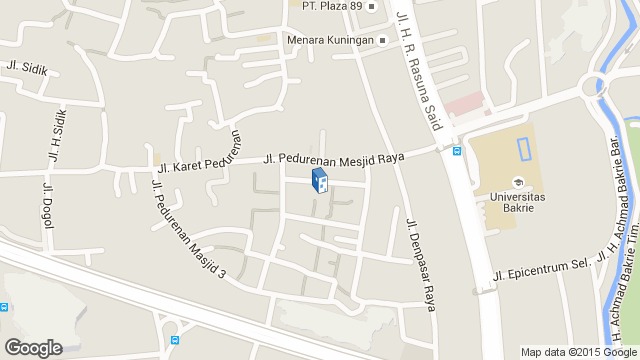