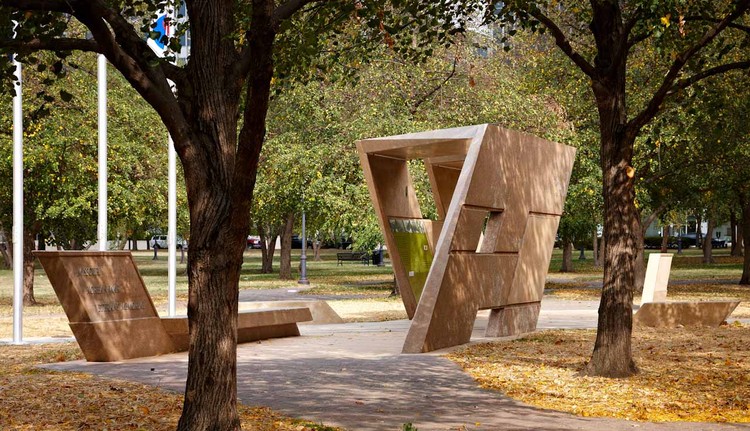 Text description provided by the architects. In September of 2011, the Missouri Korean War Veterans Memorial was dedicated at a ceremony in Washington Square Park in Kansas City, Missouri. The project, which started as an effort to demonstrate the benefits of Tilt-Up concrete construction as part of the Tilt-Up Concrete Association’s (TCA’s) annual convention, quickly turned in to something so much more. Not only is the project a testament to the versatility, applicability and beauty of Tilt-Up construction, it is a demonstration of the generosity, pride and good will of TCA members. Most importantly, it continues the legacy of Korean War Veterans and recognizes those who paid the supreme sacrifice and gave their lives in defense of South Korea. More images and project description after the break.

As with any work of architecture, this project is an addition to a dynamic context. The project is inserted into an already established built fabric, a continuous narrative, and the preconditions of each visitor. Its presence alters ones experience not only of Washington Square Park but also of the process of recalling memories. In return, it is affected, and will continue to be by the continuous development of its physical context and the variety of people that visit it.

Space flows freely in and out of the memorial from multiple directions but is slowed and concentrated within the structure. The memorial wraps each visitor in a defined space dedicated to the remembrance of those who served. Each element of the structure is encountered individually, first the ground, then a wall, the roof and then another wall. While each element is separated in time, they collaborate to offer both the security and friendliness of transparency and openness, and the comfort and focus of enclosure. The effect is a perceived interior and exterior. This perception, with the scale of the memorial, encourages an intimate interaction with the content within and has an affect on the pace with which the memorial is experienced.

Perhaps the most meaningful role of the memorial is that it lends a haptic encounter to an otherwise intangible memory. It is a place. Beyond the programmatic elements of the project associated with the remembrance of those who served in the Korean War, the project was charged with demonstrating the versatility, applicability and beauty of Tilt-Up concrete construction. These efforts can be seen in the exploitation of the inherent benefits of Tilt-Up. The articulation of the edges of the Tilt-Up panels and the use of them to mediate between the horizontal and vertical planes of concrete not only highlights the effectiveness of manipulating the one formed edge of a Tilt-Up panel, it aids in the reading of the overall form as a continuous ribbon.

The outside faces of the memorial were treated with a retardant prior to concrete placement in order to expose aggregate on the surface of the panel. The result is a texture that is familiar and one that gives depth to the surface. The interior of the structure and all of the edges were polished. This treatment reinforces the relationship between interior and exterior and also addresses the formality and monumentality of the content within.

Openings in the walls and roof break-up the mass of the large panels and aid in the composition of interior elements as well as provide additional layers of light and transparency. Reveals in the surface of the panels on both the interior and exterior reinforce the geometry of the structure and again aid in reducing the scale of the panels. Large stainless steel plaques inscribed with over 900 names of those from the State of Missouri who paid the supreme sacrifice and gave their lives in defense of South Korea are inset on the interior of the structure.

On the exterior of the memorial two large images, one on the outside face of each wall, are cast into the concrete. Grooves of varying depths and widths affect light cast on the structure to reveal the dynamic images. Their appearance changes with the light and viewing angle affording visitors a variety of experiences, becoming an interactive element of the design. 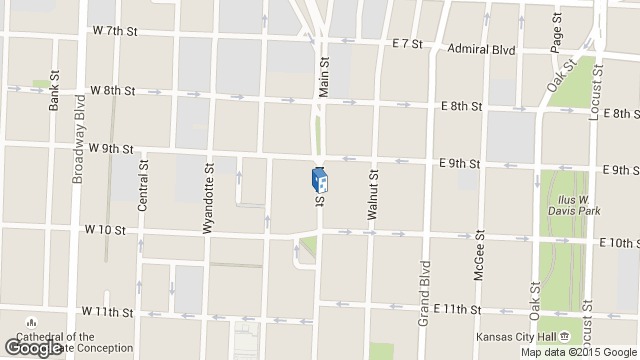