Text description provided by the architects. This harbour redevelopment project, developed in conjunction with the Port Authority, is primarily focused on zones where public space can be created. The harbour was analysed as a place for interrelations and shelter, with the appeal of its fishing industry and its views; a unique location that makes its presence felt in the town with ramps, stairs and balconies. The linear nature of the horseshoe-shaped harbour is exploited to the utmost with a promenade, accessible at an intermediate level that runs along the cliff, resting on outcrops and wall tops which inhabit it in a sense. The zone for rock climbers, gull’s nests and ensconced rocks appear out of nowhere for strolling visitors.

The intermediate layer, a chameleon camouflage, overlooks the harbour activity without interfering in it. Almost nobody remembers, but the pier deck has been set at the same grade level as the sluice, 6.10, which has improved the visual and spatial integration of the eastern side, while the wastewater duct which used to be in full view along the full length of the waterfront has been buried beneath a metre of backfill. The recovered wall base for house, many of them in stone, facilitates an interpretation of the cliff and its image. The project emphasizes the potential for the improvement of a recurring situation in many Galician fishing village whose size prevents a “new slate” response: the fact that treatment of the few repeated elements, i.e., these organizational patterns, often hidden and with a neglected, intrinsically unattractive presence, can generate a different, perhaps unstructured, cubist type of beauty which is nevertheless a reflection of a direct, popular intentionality.

One of the components of the town’s memory, Murallón lookout, is expanded and separated from vehicular traffic. Buildings on the south descent from the harbour, including a warehouse, a workshop and the Red Cross building, are demolished to release and extend more space in a curve and propose, in continuity from this point, a new promenade to Punta da Plancha set on the stone wall at a constant 4.5 meters above the harbour platform. A Pancha is turned into a lookout and a ramp link to the ground. Along the way, the cliffs are treated with shotcrete and artificial gardens are planted. The workshop, which was initially to be moved to beneath the promenade, has finally been relocated as a unit inside an existing pavilion.

The operation includes stone walls and piers, platforms that are sloping, vertical, horizontal, flat, smooth, touched and attacked by the boats. The creation of new space and uses includes a contemporary element and building method, precast concrete: component-space and surface-line. 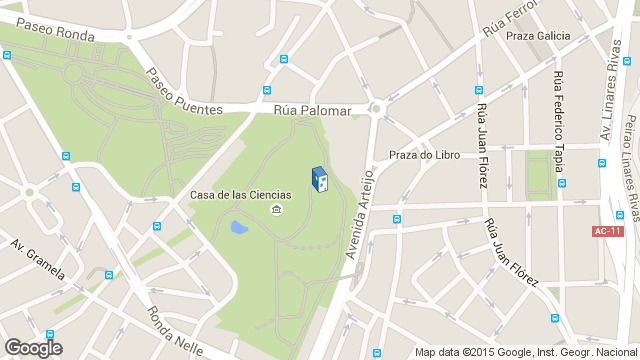