This is a private museum to exhibit and preserve painting and wines that Mr. Hoki has collected. According to Krzysztof Pomian, the essence of collection is not only just to gather things, but also to reconstruct them, exhibit them and establish new meanings. So, the action Mr. Hoki is performing here through gathering realistic paintings and aiming to establish new meanings can be exactly recognized as "collection".

Once Aby Warburg tried to propose "Mnemosyne Atlas" as a method to exhibit collections. He could not complete it but we felt the concept is still effective. So we thought Hoki museum could be a chance to establish architectural Mnemosyne Atlas of Mr. Hoki's collection.

Main theme of his collection are realistic oil paintings miraculously painted in detail with marvelous technique, so we thought that "gallery" is most suited for these works and should be selected as an archetype of this museum space. Until now, galleries have rarely existed only by itself as architecture and always have been treated as subsidiary space by architects. So, we tried to generate all architectural elements for this facility only from ensemble of galleries this time. This architecture is nothing more than a gallery, but also less than a gallery. Our aim was to establish "Gallery Degree Zero".

Inside galleries, people can not only access each painting in traditional sequential move, but also take a random-access way because galleries are slightly curved and people can recognize positions of all the paintings at a glance. Galleries that extrude longitudinally along the site, measure up to 100 meters long. The visitors will face to the super-realistic paintings in a seamless gallery without any joints of finish and outstanding existence of lights. At the end of a gallery, they can enjoy natural light and scenery outside. After a short rest, they will move to the next gallery. These are the fundamental system of this museum. All the galleries have same style but proportions, dimensions and amount of natural light are gradually changed. Through these delicate controls, we tried to build up the sequence of spaces, like a bolero, having different densities in the simple system composed only by repetition of galleries.

Outside, we tried to build the presence fit in to the context by stacking galleries. In the western side where the visitors mainly approach to this facility, the galleries are intensively stacked to balance between houses around the site. In the north and southeast side where this facility faces to a forest, the galleries are discretely composed and show the program of this facility clearly. Using characteristic structure effectively, the upper gallery is cantilevered and flies toward the forest 30m long. 60cm high horizontal slit between the galleries works as a route of winds that makes twigs of trees inside courtyard flap.

As just described here, this museum was entirely designed to exhibit the collection at its best condition. At the same time, under the limited condition using only galleries, we tried to reply to Mr. Hoki's request that the architecture also have to constitute a part of his collection. 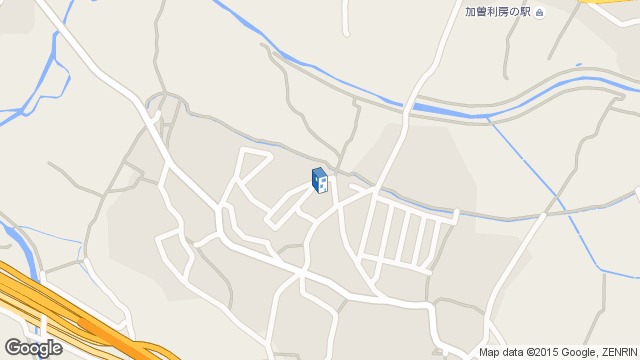 Location to be used only as a reference. It could indicate city/country but not exact address.
Share
Or
Copy
About this office
Nikken Sekkei
Office
••• 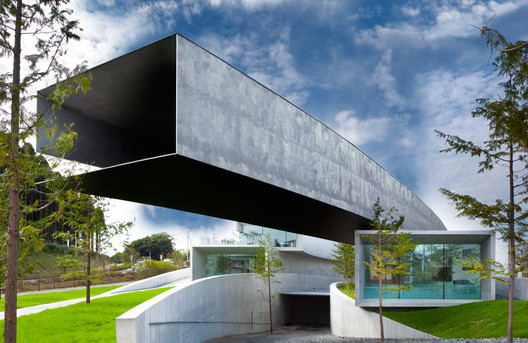