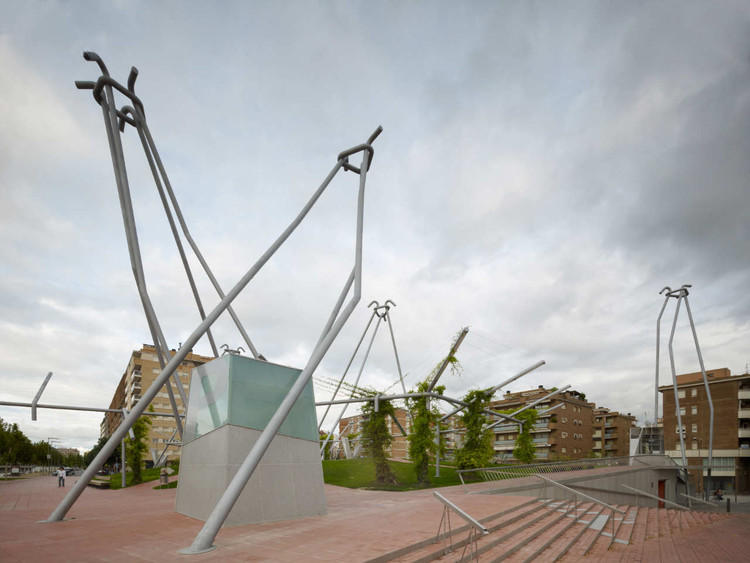 Text description provided by the architects. The proposal represents and symbolizes the new centrality that Blas Infante Square offers in a contemporary way. The project is developed from the duality of the two scales that are mixed: the scale of the neighborhood, immediate environment, and a larger size, the city and its historic center.

Conformance with the district of Cap-Pont and relationship to the historic center.

For the use and immediate environment has been created a neighborhood place, a place of rest, leisure, neighborhood relationship, with shade and benches, playgrounds, grass and floral vegetation following the route of the pergola as protection for the summer.

The existence of a newly built underground parking at the base of the square has made the integration of service mechanisms unifying one of the objectives of the project. In this way the elevators, stairways exits, ventilation... are plastically integrated playing with the elements of the towers and the pergola, which have been planned to integrate the lighting. This same lighting allows to create different environments, dynamic spaces, spaces of communication, some with more light, others soft lighting with shades of rest and tranquility. The public space has to pamper the user.

The impressive topography of the Historic Center of Lleida, consisting of steep streets around the hill from the cathedral of La SeuVella (1204 AD) is the reference nearly ubiquitous. We assume a flat square with a gentle slope that is picking up as it deviates from the riba of the river. From this public space the entire Old City is shown as it really is, with its grandeur and its conflicts. It is a vantage point, an excellent viewpoint of the city, presenting a pretty and sincer.

The project as a plastic proposal.

We always have a travel partner in the project to provide a degree of symbolism to the public and cultural spaces in urban areas. Poetry "The distant city” (“La CiutatLlunyana”) was written by Marius Torres to end the Civil War, in 1939. We were interestd by those quiet moments of sadness when it was written. 70 years have passed since Marius Torres wrote about Lleida after the war ended. He saw that dreams were buried and every speech, perhaps of peace, had failed. He spoke, then, that there was no more comfort that believe and wait for the new architecture wich, with more free arms, should grow up from ground again. Prove to be 40 years of dictatorship. We believe it is appropriate to think of the public square fit as a compilation of intent, work some poetic elements which, with background Lleida, represent, without being so, the city that is written every day, now more than ever, of all citizens.

The proposal is defined in plant as an area bounded in width to the geometry of the existing roof, while extending the other direction until it reaches the wall of separation of the river Segre, on the one hand, and over the edge of the roof in the side of Valencia street, and on the other hand, in the form of cantilever slab melts existing chamfers. Based on the existing parking lot an artificial topography is created, formalized by the intersection of two pyramids, which merges with the Segre river and connects with the sidewalks of the surrounding streets with inclined planes, ramps or stairs, thereby continuing urban routes. 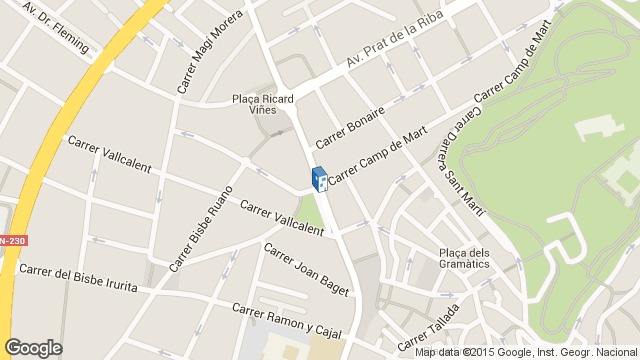