Save
Center of Urgent Medicine / DOMY 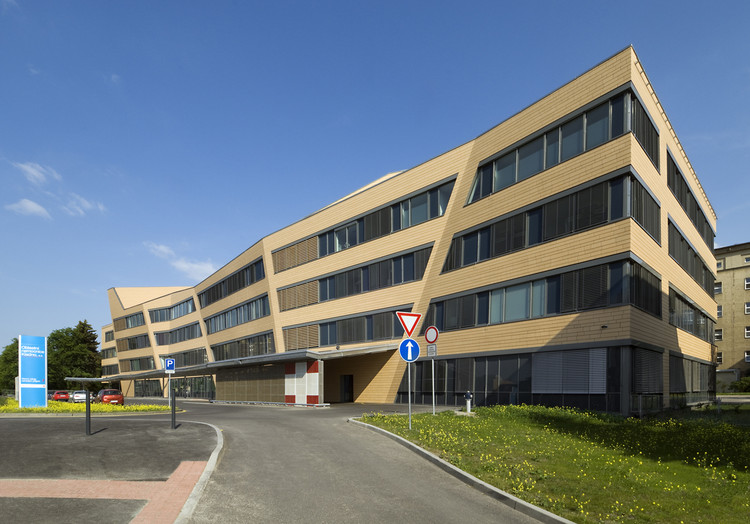 The hospital premises therefore included the original old pavilion, on large mono-block and a set of granges.

The solution was based on the following basic ideas:

• Concentrate all demanding therapeutic and examination components forming the spine of the acute care hospital, to new adequate spaces and thus create a pavilion of acute medical care

• Change the current inadequate transport connection to the city road system and differentiate traffic on the premises, build new sufficiently dimensioned entrances to the hospital with a priority to acute, emergency and immobile patients

• Create conditions for further potential development of the hospital

1. A new centre of acute medical care has been built including:

• A delivery yard, and a waste collection yard

2. The new building was located on a vacant land plot along the main backbone traffic route. There were several substantial reasons for this location:

• Building of a new main entrance to the hospital, sufficiently dimensioned and with a good connection to the city and suburban transport and taxi service

• The new building forms a noise barrier of the hospital

• The largest compact green areas in the hospital were preserved.

The relocation of the main entrance to the hospital, originally situated in a narrow local street of the villa quarter, meant overall change of organisation of the whole hospital operation and the need to overcome the established stereotypes in the staff and patient thinking.

1. A new connecting corridor was built for making the hospital perfectly passable, mutual connections of all hospital departments and prevention of passing through the individual departments.

2. The following stages will include several steps of reconstruction of the whole existing mono-block and reorganisation of the structure of the existing departments. The mono-block will mainly include the wards and ground floor outpatient surgeries thanks to its construction layout. The standards of patient accommodation will be increased, the rooms will include maximum 4 and 2 beds. All rooms will be provided with their own sanitary facilities. All rooms will be oriented to the southern side to the central park of the hospital.

3. At present reconstructions of the original pavilion and of the granges are under preparation. 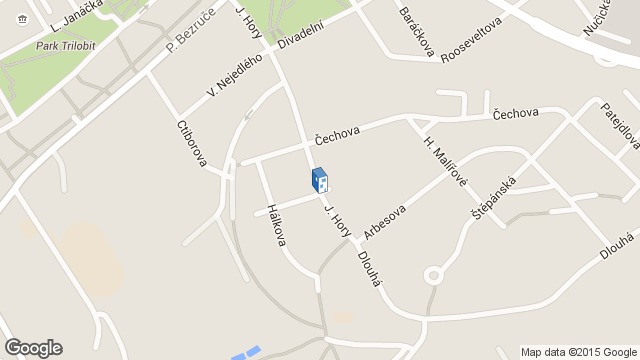