Apple has released updated plans revealing an ambitions solar installation for their proposed campus in Cupertino. Announced back in June, the campus will include an office, research and development building, research facilities, corporate auditorium, fitness center, a central plant and associated parking. Foster + Partners will collaborate with ARUP North America and local civil engineering firm Kier & Wright for the completion of the project. 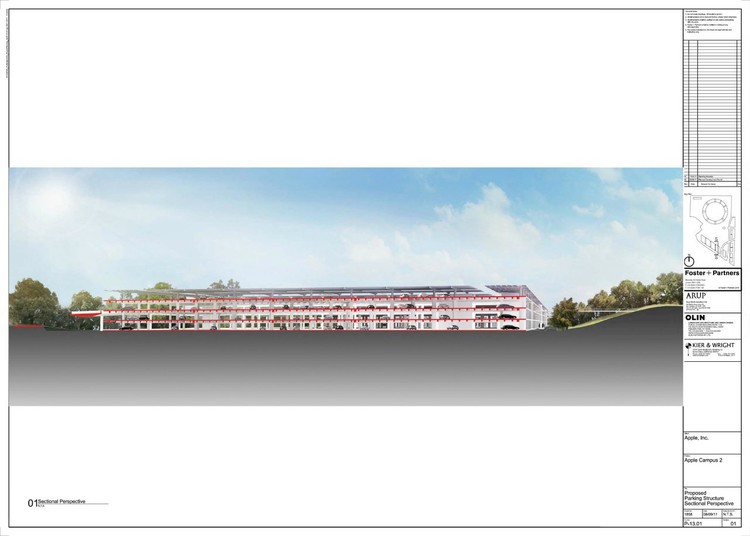 A solar canopy will cover most of the 750,000 square foot administration building and possibly a large portion of the 320,000 square foot parking garage, allowing for a 5 megawatt system that will provide most of the energy needed to power the headquarters. Once completed, the building will compete as one of the top corporate solar installations in the world and possibly the biggest installation in the United States. Apple is also constructing a 174 acre Solar plant at is data center facility in Maiden, North Carolina.

The updated plans remain consistent with the last project update in August, as the rounded building and vertical parking garage allows most of the campus to remain open green space, with 60% more trees and 90% less asphalt than the current site.

The City of Cupertino is reviewing public comment and compiling an Environmental Impact Report which will be assessed this spring. Although the details of the project seem promising, a 2.65 million square foot building must be demolished in order for the campus to be realized. This is one of a few issues being debated by the Cupertino City council.