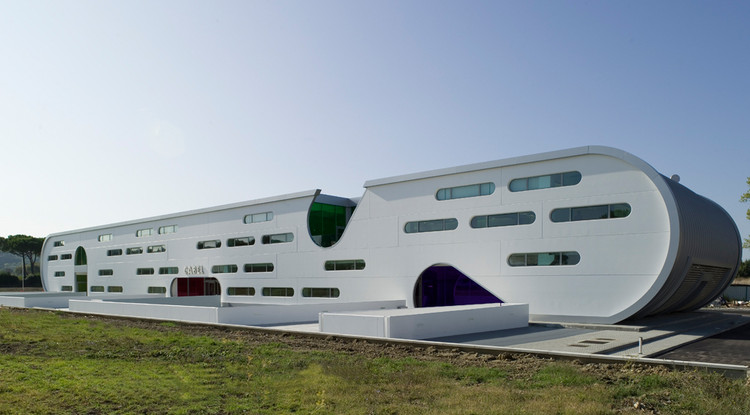 Text description provided by the architects. Just out the edge of the town of Empoli, the building is the Cabel headquarters (a company dealing in computer systems for banks), it covers an area of approximately 4.500 square metres and it is incorporated on the local industrial estate.

Partially set into the ground, the building is composed of two extended floors out the ground level and a vault under. Along the main front the facade is protected by a long strip of public landscaping running parallel to the road.

The visitor arrives on the ground level through three suspended bridges launched on a large excavation which lights the vault designed to house expositions and art installations. Night time this empty space becomes a lighting pool which raises architecture from the ground.

The underground floor holds a printing facility and other spaces allocated for various different kinds of activities; the ground features all different sorts of glazed spaces, ranging from open plan spaces to small isolated cells, in a modern interaction of liquid working areas like acquarium. In contrast the first floor accomodates the management space, with a small internal patio and terrace in-between them. The elevators and distributional stairs take up the middle section of the structural grid, made of stone tiles with steel elevators.

During the day coloured glass create liquid chromatic effects inside black and white offices, instead of night time when coloured cuts project out vivid lighting effects underlining holes, cuts and shapes of the building.

The building is constructed out of prefabricated concrete elements and its roof and end sections are tiled in grey aluminium.

The entire roof is covered with a system of photovoltaic solar panels using amorphous polycrystalline tecnology, carefully positioned so as not be visible. Thanks to this system, which is capable of generating approximately 150 kW, the building is almost totally self-sufficient from an energy viewpoint. 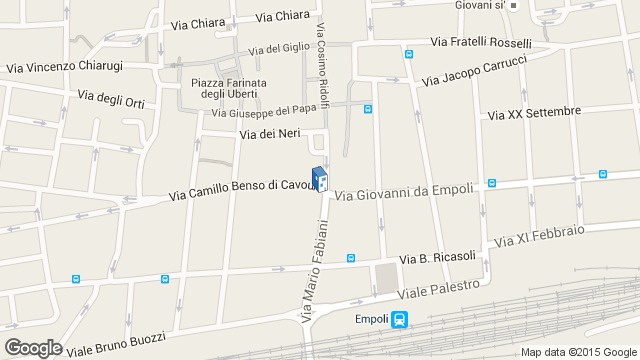 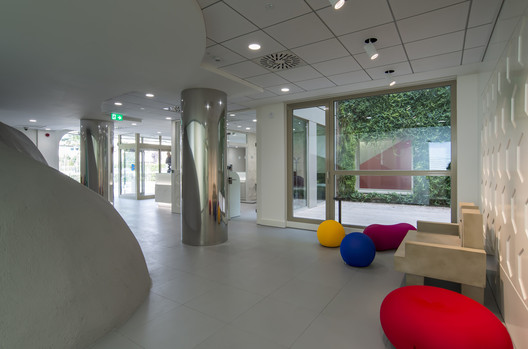 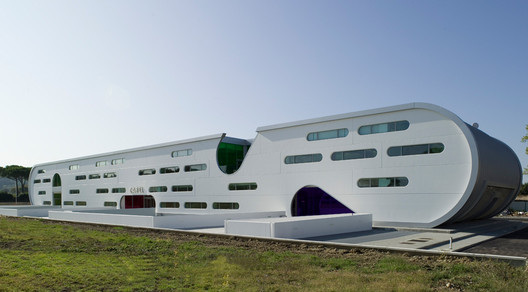