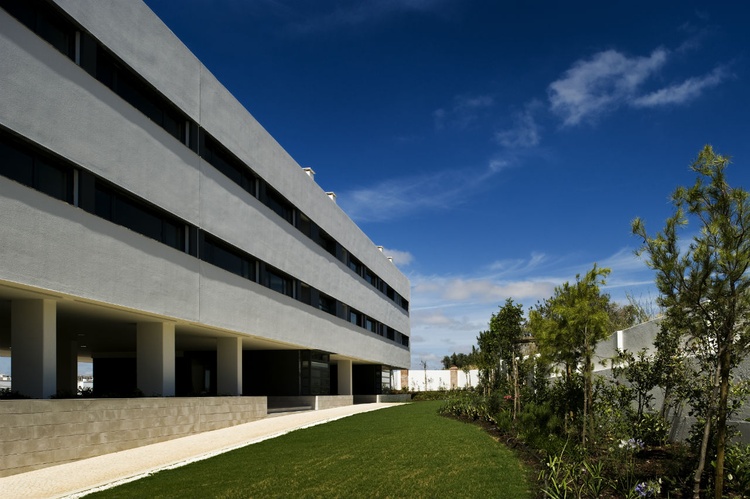 Text description provided by the architects. The design of this residence involved the rehabilitation of an Old brick factory that, with its chimney, was a memory of a recent past of the city of Lagos. The intention was to reflect a strong unity and identity associated with an image of the contemporary and high architectural quality in line with the existing buildings in the adjacent marina.

Unity and identity was sought through the use of materials applied in the three blocks namely, the use of ceramic elements, combining the architectural features of the pre-existing structure with the new proposed buildings, which have adopted a contemporary and bold language.

The rehabilitation of the factory was carried out by maintaining the essential features of the building, namely its industrial traces, maintaining and recovering three of the building façades, and conserving the chimney as an iconic element of the group. Inside, the partial restoration of the old furnace defines and characterizes the use of common areas.

In the reformulation of the main façade, the intention was for a certain dematerialization to be provided by setting back the façade, which, having been designed with large openings, brings out the structure columns in ceramic bricks, the vertical nature of which is offset by the horizontal lines formed by the creation of wide south-facing balconies, that were integrated within the limits of the building.

The design of the other two blocks creates a contemporary framework applied in the rehabilitation of a former factory building. Both have a common language at the housing floor levels, which are framed in a white “box”.

The c block was a challenge in terms of the global integration of the solution. The “basement” is occupied by parking, aligned in height with the factory building, and given an eminently vegetal treatment. It is crowned by an outstanding volume on stilts, completely open to the south and is characterized by extensive and continuous balconies that allow one to enjoy a full view of the lagos marina.

The outer spaces are totally pedestrian, produced by the gap between the built volumes, and are intended for the use of the residents, having undergone careful landscaping. This includes the creation of framing tree elements and the establishment of a protection of green fencing in relation to the adjacent buildings and surrounding roads. 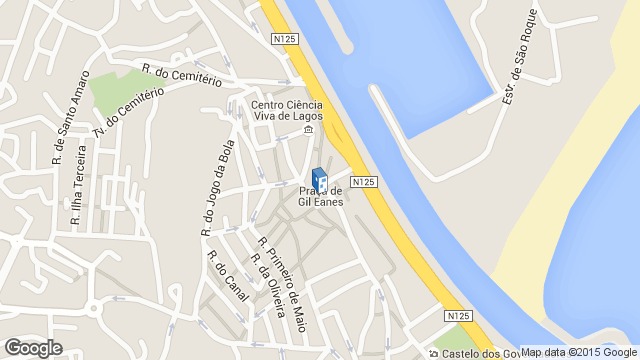