Save
Community Centre for Culture and Leisure UFFO / AG Studio 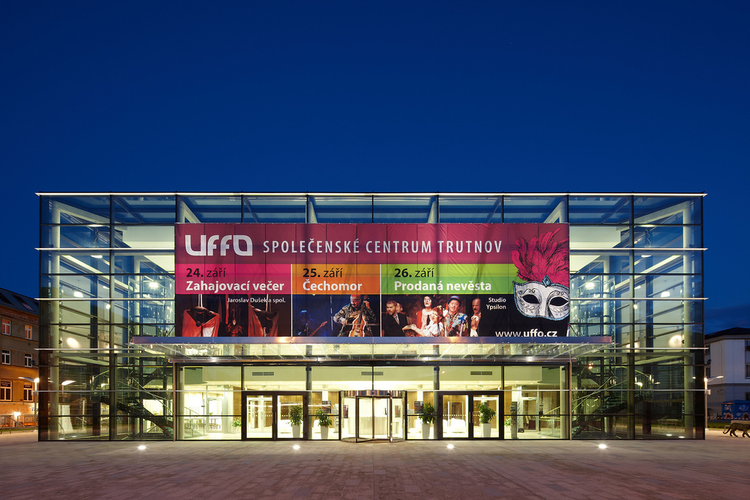 The new multi-purpose cultural centre building in Trutnov was erected in 2010 according to a 2003 architectonic competition award-winning design by Radek Vopalecký and Luděk Štefek.

The UFFO concept features a variable interior layout with movable partitions, mobile auditorium and positionable hydraulic orchestra pit and enables staging classical drama, holding congresses, ballets, balls, live pop music gigs, musicals etc. The hydraulic orchestra pit is also used as a lift for handling and transporting the taken-down auditorium to the underground storage areas. It is used as the orchestra pit in position -1 m; it serves as a dance floor at level 0 and as a stage in position +1 m.

The unique features of this theatre hall also include natural lighting by means of a glassed ceiling with sun blinds as well as the possibility to build an opposing auditorium. This creates a central space wedged between two auditoriums.

Architects Vopalecký & Štefek wanted to open (expose) the happenings on the stage to Trutnov's genius loci and expressed this intention with the transparent facade of the centre. When all partitions are removed and the facade is opened towards the square, the boulevard and the stage merge into one. This theatre offers room for small-scale performances for 250 viewers; however, the open space layout enables inflating the auditorium to house up to 1,200 persons.

In addition, the building contains an underground car park, café, gallery and a small conference room also used as a rehearsal studio.

The AG Studio a.s. design team won the 2011 Building of the Year award for the implementation of this centre. 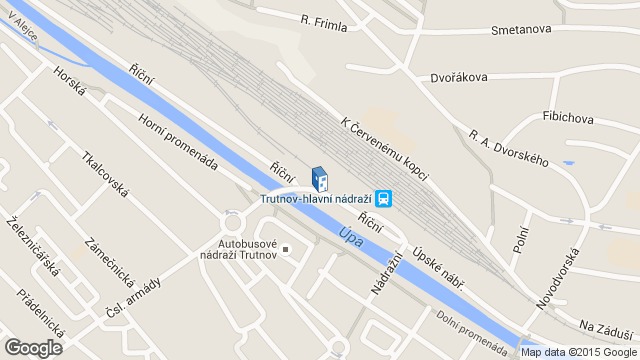