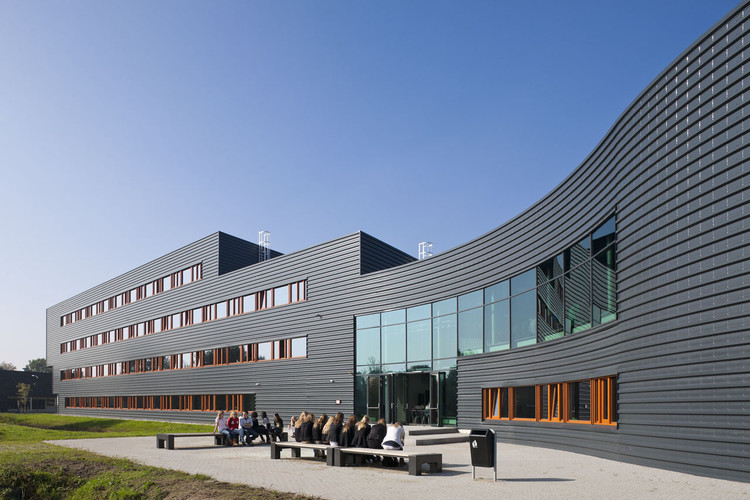 A new building for Zwijsen College Veghel - a grammar school with a division for pre-university students – has been realized on the outskirts of the city, where it shares its new accommodation with a municipal sports centre.

The design blends in with a landscape consisting of 'green rooms' bordered by rows of trees. The green borders lend access to the school, which is situated quite compactly within a single 'room' and curves along the oblique lines of the site.

The façade is elongated and clad in corrugated, dark-grey, steel panelling, which refers, albeit abstractly, to the dark roofs of nearby farmhouses. The stepped façade gradually rises southwards, allowing interior voids to fill the building with light. Windows in de façades flank the atria.

The entrance is located in the transition zone between school and sports centre. A centrally positioned auditorium used both during the day and in the evening is the hub of the building. Adjacent to the auditorium, along the exterior façade, is a high walkway lined with classrooms. Located opposite are a number of open-plan, organically shaped study centres. All in all, the building is a reflection of contemporary education. 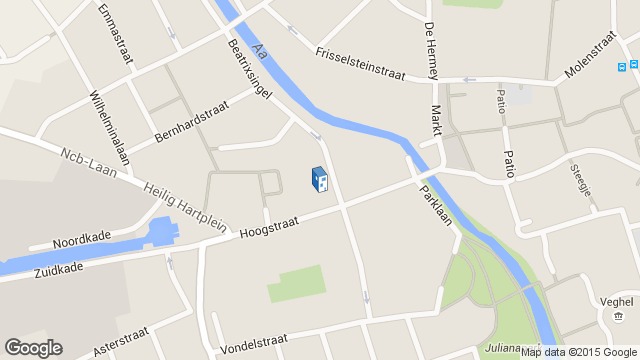 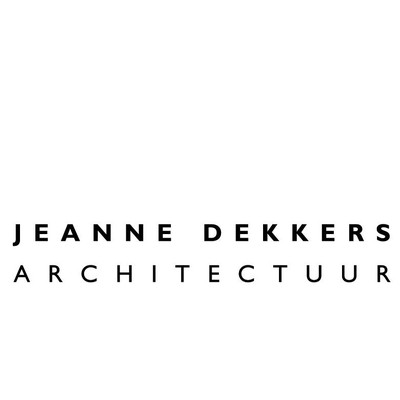 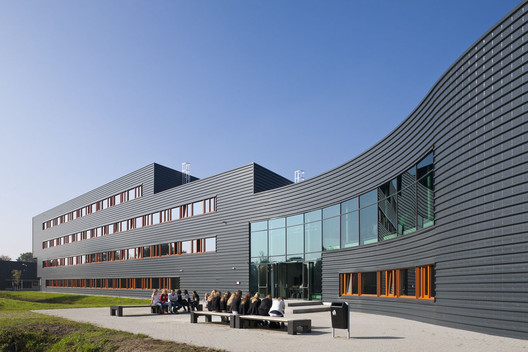