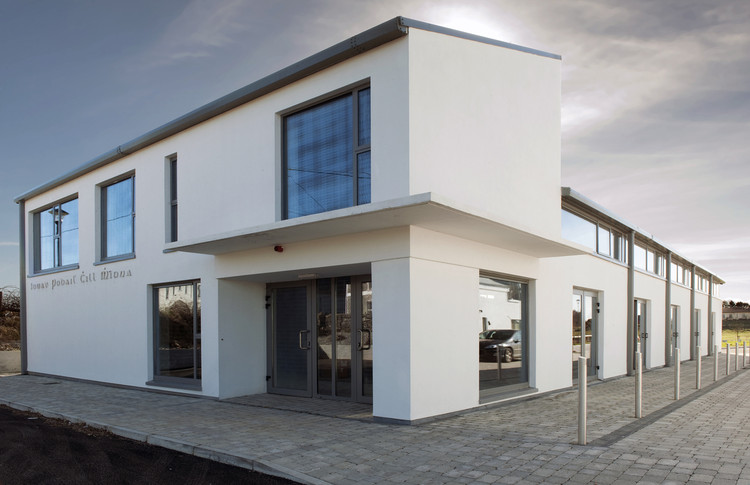 Text description provided by the architects. This project by Cox Power Architects was recently awarded the 2011 RIAI Awards “Best Housing”. The site is located in the centre of Kilmeena Parish- a large geographical area spreading over many townlands between Westport and Newport County Mayo. The site is in close proximity to the local church, primary school, football pitch, golf course and local aquaculture industries. The client for the project was Mayo County Council and the brief was for a new community centre together with 14 new houses and a child care facility.

Early discussions with the Architect's department of the Local Authority centred on the need to create a new village centre which would become the focal point for the whole community and the wider Kilmeena Parish. The new buildings would also become the nucleus for future expansion of the village as the need arose.

Different types of village settlement were considered from more formal planned estates with geometric street patterns to the more informal urban patterns of the clachan, island village or grouped farm buildings. The latter typologies were considered more appropriate given that many of the future residents would come from the surrounding rural hinterland.

The clachan model afforded the opportunity to create reasonably high densities on the site. (The built part of the site contains 14 dwellings, a community centre and a childcare facility on a foot print of just over 1 acre of ground.) Other advantages were that while some provision is made for terraced units people used to living in detached dwellings could continue to do so.

The laneway, located at the centre of the building group, has narrow "gateways" at each end enclosing a meandering green space with native planting. Passive surveillance is provided by overlooking from windows in the gables of adjacent dwellings. The gables are slightly tilted in plan to improve actual and perceived surveillance.

The community centre provides multi-purpose community, arts and sport facilities. The mass of this typically large bulky building was re-modelled and the building lowered into the site to reduce its impact on the nearby houses.

The project comprises a mixture of house types, sizes, tenures and designs. House depths are narrow to allow living spaces to have sunlight on all sides in an area of high rainfall. The shallow plan also allows a compact roof volume in keeping with the scale of surrounding (traditional) buildings. Repetition is avoided and all houses differ slightly in design. Where possible the volume of the roof space incorporates living space to further reduce the bulk of the built form on the site.

Materials are traditional; painted render, stone, concrete galvanised steel and slate. To retain a rural identity, individual houses are identified by ‘names’ rather than numbers, the ‘names’ are spelt in the Gaelic form of numbers (e.g. áon, dó, trí, ceathar, etc.).

Landscape elements have been detailed to provide screening, shelter, visual interest, and enclosure. A public green space and play area is incorporated between the community centre and the childcare facility along with a fallow area (for future housing) planted with native wildflowers. Existing trees were retained.

A novel aspect of the finished project is the construction of a managed wetland using a Willow Plantation to provide tertiary treatment of effluent from the waste water treatment system. This produces an exceptionally high quality of effluent treatment to protect the landscape, streams, shoreline and environment around the village. The willow crop is fertilised by the nutrients contained in the organic waste and is then managed and harvested for wood fuel bio-energy. The willow plantation also provides a windbreak and shelter from the prevailing wind. 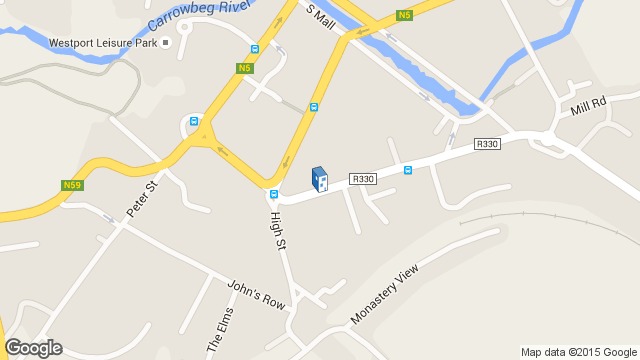