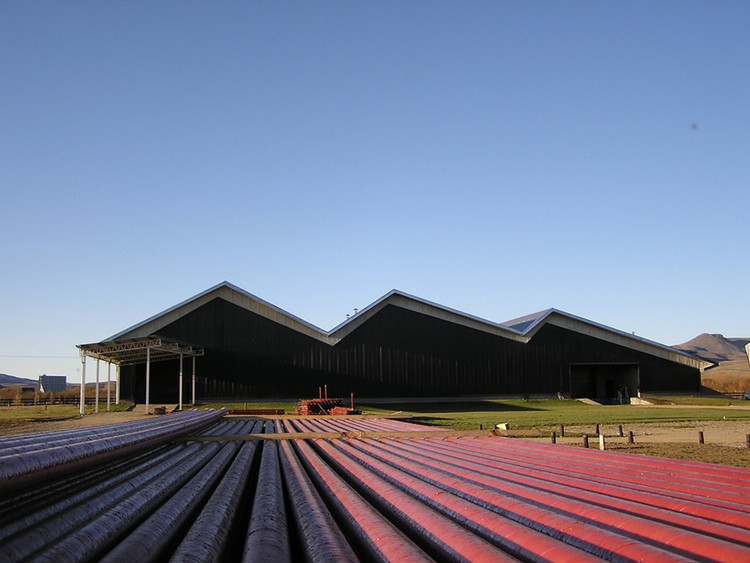 Text description provided by the architects. On a valley placed on the right margin of river Chimehuin, we can find the city of Junin de los Andes. It develops along N°234 national road, part of the Seven Lakes turistic circuit, and it is the main entrance to the National Park Lanin. The Industrial Plan´s terrain is on the roadside, and is the very fisrt building we meet, when coming from the neighbour province of Neuquen.

Basically, the program needed: a main building for the making of resin tubes and pipes, of about 6,000 sqm, a depot for resin products, an administrative area, an exterior depot for pipes, a workshop, a big open space for machinery maneuvers, and several supporting programs. The plan´s layout was not defined during the project process, reason why the building should have to be as flexible as possible, so as to support the different configurations and changes, during and after the end of the works.

Our first reflection was the way in which the building had to co-exist with the surrounding landscape, how to understand that, due to its fisical position, and the considerable size, immediately was going to transform into the main image of the city visitors and inhabitants.

Another important requirement, was to have in mind posible extensions of the building program, future changes allowed by the current layout. To manage this situation, we proposed an open system, that allowed alternative layouts, or even the building growth. The main block is placed on a corner of the site, allowing growth towards other areas of production. The strategy was to frame the area for first and future constructions with two green "cage" walls, full of local vegetation, one facing the road, the other facing the lake, clearly emphasizing these natural frontiers.

The Municipality established that the roofs had to have a minimun slope of 18° degrees, transforming this into an important issue because the huge horizontal development of the layout plan, implied a very tall profile for the building, and an enormous volume to air conditionate. Thus, comprehending the roof´s presence, we decided to materialize it as a folded metal sheet, giving the idea of action and movement. Reinforcing this concept, and trying to separate the roof from the major box, an extensive semi transparent sheet lets the sun in.

Over the eastern front, the accesses are resolved in two different levels, the administrative area, a room for various activities, wardrobes, kitchen and dinning room, and other supporting programs. Natural illumination into the higher plan was achieved a result of the roof´s alternate foldings.

Our prime concerns, were the close relation between the object/building, the landscape and the city, to manage correctly the chosen materials and their expressive possibilities, the flexibility of the program and layouts, and a responsible economy of natural resources. 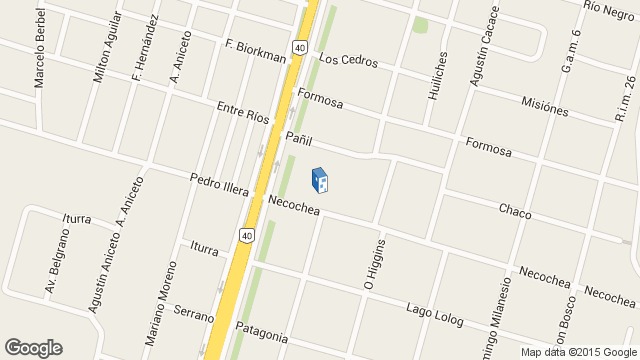