Save
Brick Thickness / A2 Architects 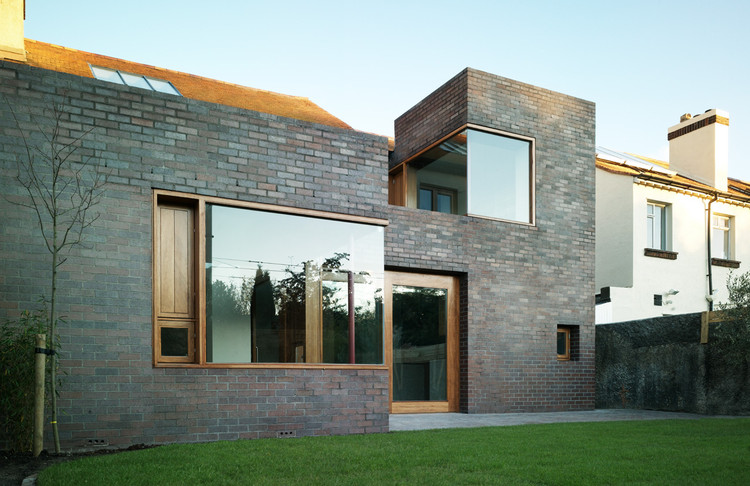 Text description provided by the architects. The introduction of the luas light rail service along the old harcourt street railway line has resulted in a blurring of private and public space for houses that back onto the railway line. A reversal occurs resulting in the rear of houses being presented as the new front.

This project makes a buffer in the form of a brick thickness that is added to the rear of one such house. A new family room, an extended kitchen/dining area and an extended first floor bedroom are accommodated in this thickness. The loose flowing form of the brick envelope offers both an enclosing shelter from the passing public and an opening aspect to the southerly and westerly orientation of the back garden.

Window and door opes made in the brickwork emphasise the taut brick envelope: corner windows extend out to be flush with the brickwork while a sliding door ope returns inwards to make a deeper central recess while a smaller incidental ope is punched through the brick to admit light onto the kitchen worktop. A roof-light of deep baffles stitches the existing house to the new brick extension allowing light to penetrate deep into the plan.

A reflective concrete terrazzo surface flows from kitchen/dining area through to the family room creating new diagonal relationships between the extended rooms.

Fixed furniture and a dropped ceiling in veneered oak panelling are given the same elasticity as the external brickwork, being made to turn corners with both flush surfaces and occasional deep recesses.