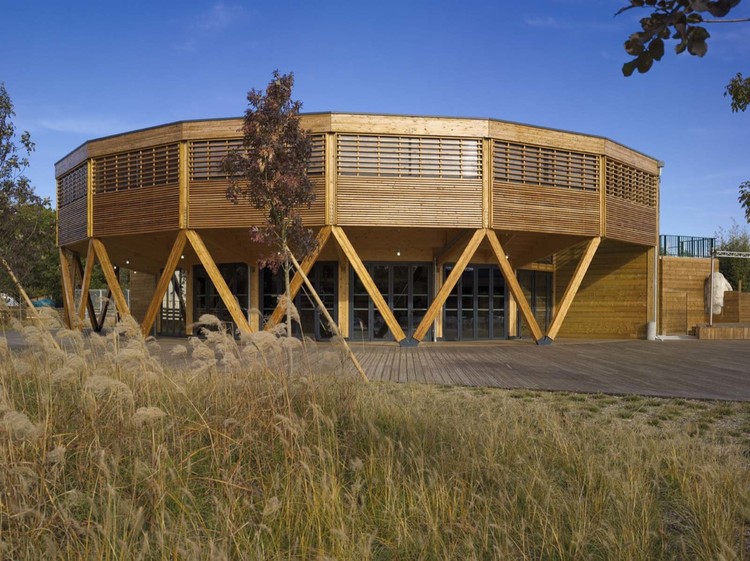 Text description provided by the architects. The campsite of La Rive is located in the Landes, and is bordered on the west by Lake Biscarosse. The site is characterized by a flat-type heath pine forest and has beach access form the campsite. A strip trees surrounded the beach and works as a visual screen and it saves the natural landscape around it. The cluster restaurant, bar and entertainment, tapas bar is located behind the thick trees and stands near the pool complex. It redraws the beach access.

The project is the second part of a large-scale development in the area of La Rive. It was initially to create staff accommodation and commercial premises in order to restructure the input. The second phase involves the construction division's restaurant, bar and entertainment. It provides for the construction of three buildings that replace obsolete buildings. This differentiation program has been designed from the outset as a necessity and an asset: the development of three distinct structures are identified, it was also appropriate a space previously unclear. The spatial distribution of volumes and function creates outdoor spaces that invite to the meeting and gathering.

The structure is circular spaces inside and out and promotes interaction between inside and outside. Wood is the material of choice for this project, echoing the natural site on which it takes shape. The coat of wood patina and the seasons, and demonstrates the integration of the project in this particular site.

The restaurant and patio: outdoor games indoors. The ground floor restaurant invites a pause in the game arcades. Circularity has been worked from a central landscaped patio. A glycine bound by a network of steel leaves son suspend proliferating clusters, whereas in the soil create multiple paths for a walk. Under the arcades of wood, a first circular terrace bordering the floral heart. A second circle hosting the counter, kitchen and amenities. From both sides, high glass panels interspersed, and open space, a terrace is received last in the arcades outside. From the outside, each space is visible in transparency looks through the structure to converge on the patio.

The bar animation: an area dedicated to entertainment. The volume bar animation stands on a level (8 meters high). Located in a restaurant near the rational (an area planted with grasses is placed between the two volumes) and drawing and a pleasant way to the shores of the lake. True amphitheater configuration allows it to diversify the offerings. The large circular space can sometimes be transformed into a ballroom, or host a stage for various performances. It is visible from the outside with high windows that observe a slight decline in order to have outdoor galleries. High, wooden structure observed leveling horizontal to accommodate the stands who hold a bow framed by the two main entrances. Wooden posts angled supports the stands and this outer framework, its geometry play, gives the impression of a superstructure in levitation. The volume as the restaurant is topped by a cupola of copper and the outer perimeter of the roof is vegetated.

The development of these three structures is intended coherent volume curves meet the line of motorized traffic within the project. Noting the existing (water park, health) and the natural site (pine forest), it allows to reconstruct the spatial and organize feeds. Plant deep breaths, walkways, volumes rational frames can completely reconfigure the space, which is not only a place of transition to the beach. Transition areas were particularly worked to contribute to the overall coherence of the program. Thus, bands of grasses planted around the two main buildings, and they surround the west outdoor patios of restaurants, from which radiate three circulations to the main track. Volumes circular transparent glass walls in height, the game arcades, the privileged use of wood give, the project's visual consistency. 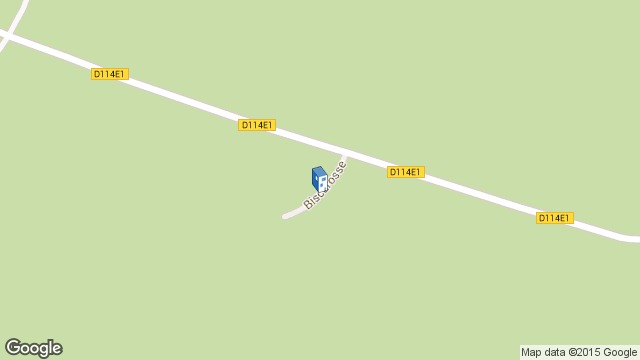 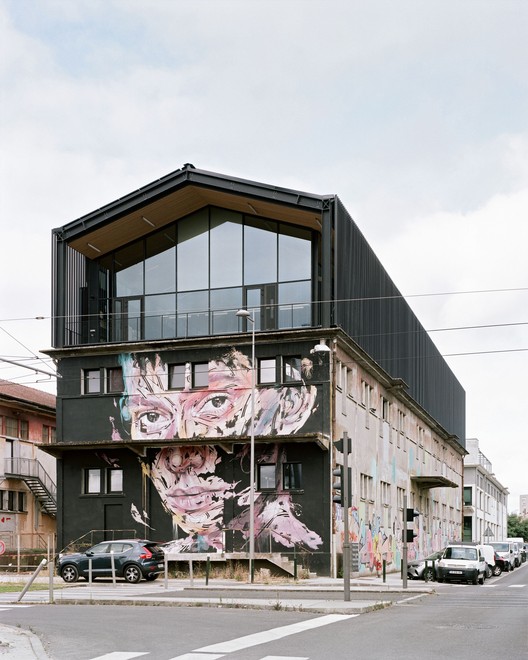