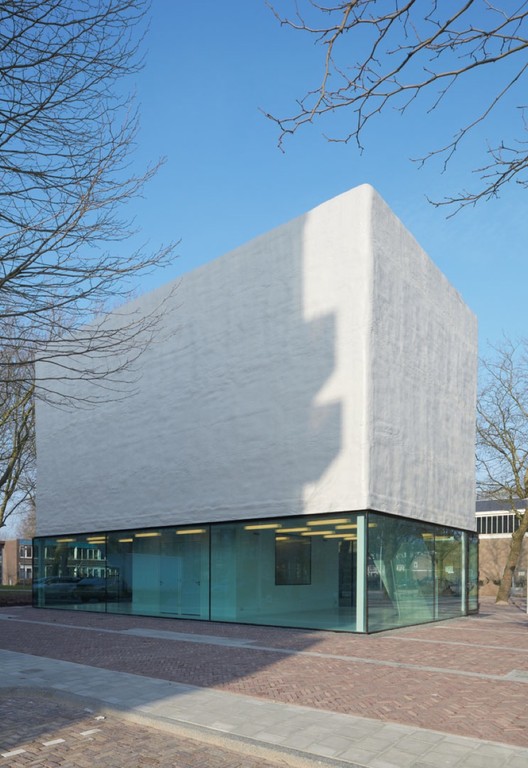 Text description provided by the architects. In the garden city

Osdorp grew during the extension of the city of Amsterdam after the Second World War on the basis of the urban plan of De Stijl – architect Cornelis van Eesteren. Since the nineties, a large urban renewal project is in progress in which the poorly maintained buildings are subsequently demolished and are replaced by new ones. An attempt is made to eliminate the urban problems of the CIAM planning while nevertheless maintaining its qualities. One of these qualities is the green, lush areas between the building blocks.

In 2005, Atelier Kempe Thill won an invited competition to construct within such an area of the Reimerswaalbuurt a small youth- and neighbourhood centre. The task was to integrate the small building as carefully as possible in the existing tree population, to keep enough distance to the adjacent building blocks and to design a monumental, polydirectional and well visible free-standing building.

The realized building consists of the simple stacking of two – diametrically opposed – concepts of space. The ground floor level is designed as a flat sandwich-space, which opens up completely to the surroundings thanks to the glazing on all sides. The public green with its dominated tree canopy becomes part of the interior and generously extends the small space to the outside. This effect is enhanced by the modest interior design and the greyish colour scheme. Used as a "public living room" of the neighbourhood, activities on the inside are well visible and stimulate the direct interaction with the public space.

On the upper floor is the Community Hall. In order to realise the desired multi-functionality and neutrality, it has a fully closed façade and forms a hermetic and introspective space. Its desired, very neutral appearance is offset by its generous ceiling height and two skylights that illuminated the space naturally. The room is deliberately kept modest with whitish colours in order to maximize the effect of the skylights on the interior. With this, the hall is given a very specific character without limiting its multi-functionality.

The combination of these two room types, the open and closed space, determines the appearance and character of the building. From the outside, this is directly visible and dominates the design of the façade. On the inside, the contrast between the two room constellations determines the perception and surprises, as the fully enclosed room is much brighter than the fully opened.

As usual in these projects, the available construction budget was very low. In order to realise a spatially appealing building within this framework, it was necessary to apply a variety of very cost-efficient construction methods.

Like a cheap industrial compound, the building is made of a steel frame structure with a wall infill of sand-lime brick. All technical installations are integrated in the walls and the floors, so no lowered ceilings where necessary, which contributes to higher rooms. The glass facade is made from an inexpensive all-glass system, which uses large glass panels up to 5 meters in length, clamped only on two sides with a 5cm high steel profile. The structural glazing doors were specifically designed for this project. A polyurethane spray system was applied for the closed part of the façade that normally is used in the insulation of oil tanks and pig shed. The insulation is sprayed onto the sand-lime brick in liquid form and froths up on-site. Then, the very rough surface is finished with an UV protective coating. The appearance of the exterior façade is essentially derived by the creative tension between the two systems; on the extremely smooth, transparent and reflective glass base rests a rough and scale-less polyurethane box.

The interior is governed by a similar economic and creative approach. The slightly rough concrete floor is only coated with a layer of polyurethane; the ceiling is covered with an acoustic spray plaster. Contrarily to this, large reflective interior glazing, smooth industrial lights and two elegant steel staircases were installed. 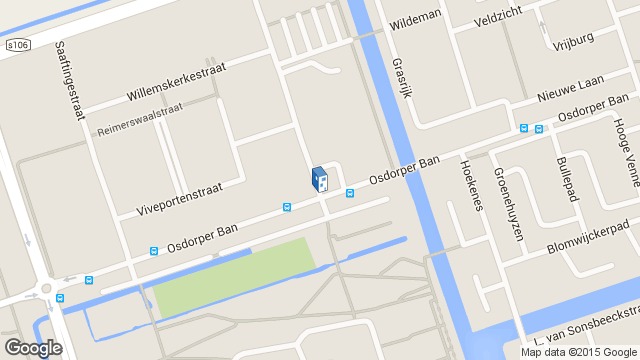