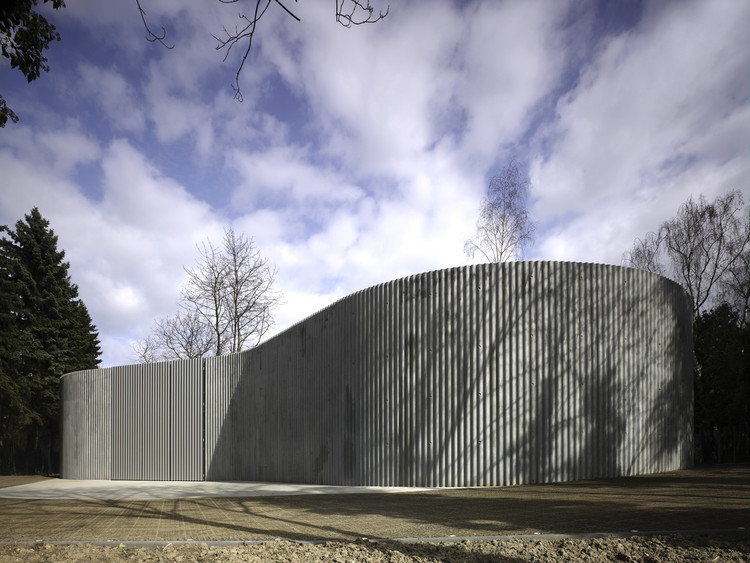 Text description provided by the architects. In much of the city of Cologne the flood control level is presently being raised to between 11.30 m and 11.90 m. Parts of the left bank of the Rhine in Cologne’s catchment area are to be protected by up to 4-metre high mobile flood walls and gates, which will be stored at eight locations in close proximity to the Rhine.

Almost invisible between the motorway, tram tracks and a cemetery, a site was found on wooded wasteland that was deemed acceptable to the local population’s sensitivities. However, the site was slightly too small for a shed plus turning circle for heavy goods vehicles. This drawback nevertheless gave rise to its special design concept. Rather than turning in front of the shed, we designed the project so that the lorries would drive around it, with their turning circle forming a fluid shape. One of the express aims was to retain all of the mature trees, and three were integrated into the building‘s courtyards. The treetops that now tower over the roofline create the illusion of woodland behind the facade, giving the shed itself the appearance of a palisade.

The proposed use as a storage area for flood control elements means that the building can be visualized as Sleeping Beauty falling into a deep sleep, with the whole site only then coming into life when a flood is imminent. We took this idea of stasis with its associated notion of eternity and translated it into a monolith cast in concrete. Its solidity also accommodates the need to secure the stored elements, which are a frequent target of organized theft.

Because this monolithic building lies hidden in woodland, its surface reflects the continuous change of light and shadow, which is a defining feature of the forest. This is created by the undulating steel cladding that has also been applied to the entrances, thereby creating the impression that the shed has a neither beginning nor end.

The shed’s interior is bathed in a calm sense of solemnity. The protective elements seem almost to be preparing for their grand entrance. No supporting structure is visible; it is concealed inside the four cylindrical courtyards behind the igneous glass skin which immerses the hall in soft light. The vertical neon strips on the walls and in the courtyards underscore the feeling of time having stopped. 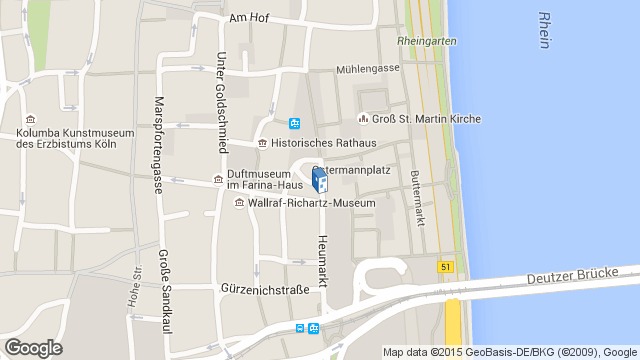 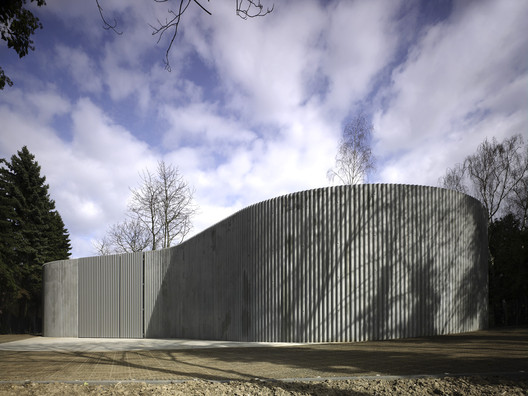