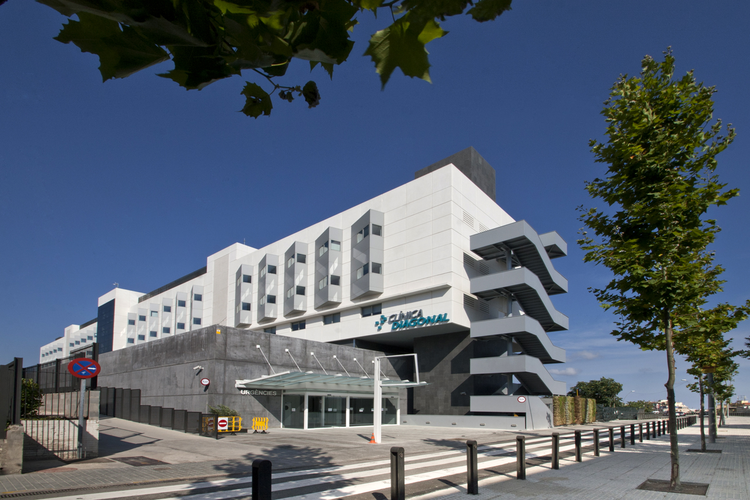 The new hospital of Mutua FIATC in Barcelona is located in a strategic place in the city, just in west acces of the Ronda de Dalt, one of the most important ways in Barcelona.

The idea wants to create a dialogue between the new building and the nearest places that conditioned the project by the relation of the different important elements and solved a concrete program of medicine. The new Clínica Diagonal has 80 rooms, 7 suites, 16 medical offices, 6 operating rooms, 6 emergency boxes and all the services that a hospital need it.

The site criteria and the Ronda de Dalt conditioned the building size, that presents a continous facade that looks to Barcelona and frames the outline of one of the main arteries of the city.

We propose a monolithic building of horizontal clear vocation, materialized in white precast concrete resting on a concrete podium ink, which allows the activity away from heavy traffic, resulting in a noise, and to exalt the common areas of the clinic.

As if a continuation of the same land is involved, the particular "stylobate" only drilled in the coffee area and access, occupies the most private uses of the clinic, operating rooms, emergency area, oncology, neonatal, ... as well as technical plant building.

The upper floors rise providing consulting areas and rooms of fabulous views of the city. Symmetrically distributed about a central longitudinal axis, rooms are distributed on both sides, the south side overlooking the city of Barcelona framed by the sea and the northeast side of the forest of Vallvidrera as a backdrop. 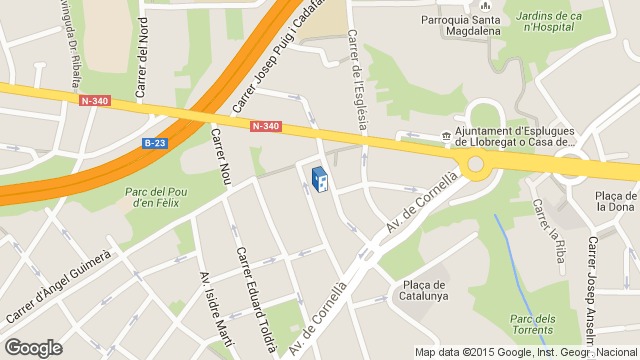 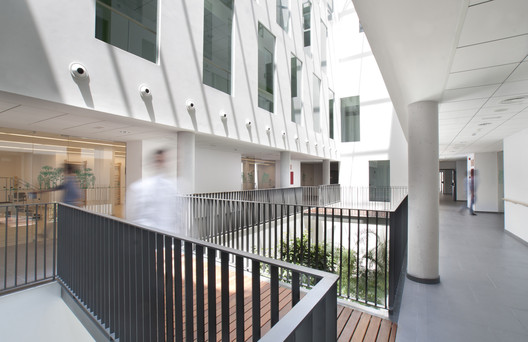