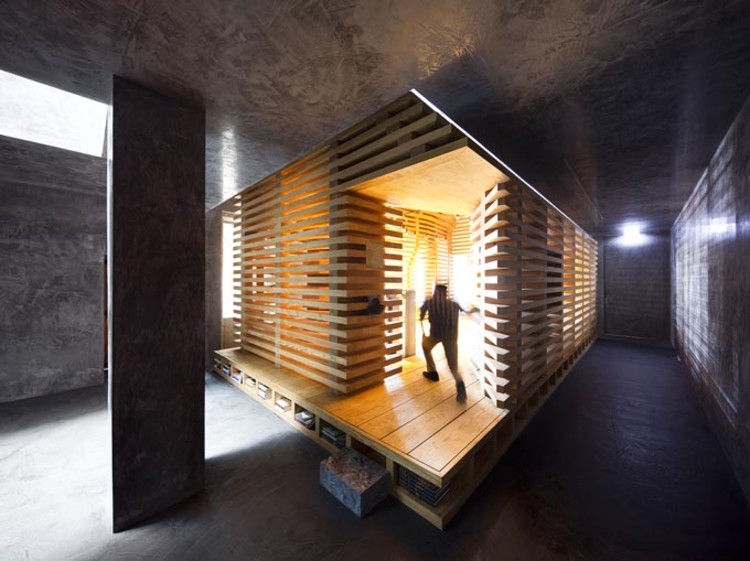 The intervention strategy results on the insertion of a Chapel at the Seminary of St. James.

It is a volume released into the antechamber of the Seminar which takes for its centrality.

The design of this project-"body" wants this to be a unique structure, balanced and visible, making a piece with this exceptional presence within the building.

After outlining the vision of the sacred space that surrounds this body, we look for a proposal to absorb the religious character of the set, creating spaces and environments that promote a spirit of inwardness, reflection and retreat thus maintaining the same language.

The design of the new volume is articulated to the pre-existence, creating some openings and new forms of perception of the surrounding area. This semi-compact body is distinguished by the existing because of the form but is completed in symbolism.

The space surrounding the new volume is assumed as a time of transition. The aim of the project proposal is to create curiosity of those who wander there, inviting them to walk in his direction.

Walking along the Seminar we are faced with a rigorous "quiet" imposed by the rhythmic position of the access doors to the rooms. It was the intention of the proposal, break the rigidity designing an access door to the chapel in one of its corners, coinciding with the center of the antechamber. Thus, a subtle gesture drew an element with unique characteristics. This design is not in any way due to chance or the result of purely formal constraints and is purely aesthetic, but rather a consequence of the fact giving another dimension to the very concept of space causing a special attention and symbolism.

The internal layout of the chapel was designed taking into account two levels of appreciation and two types of vision. These moments distinct but closely related, refer to the celebration of the word space and the area of the Eucharistic celebration. These two moments are given by the asymmetry between the ambo and the altar.

Inside also reserves an area for the celebration of the word, which appears as an element of surprise, giving a moment of mystery when they approach. This space for individual prayer can be visible from common space of community prayer and vice versa, by the imposition of blades on the walls surrounding it. This constant relationship between the interior and exterior conveys feelings of permeability and "expands" the space visually while giving some privacy visible on the outside.

The structure of the chapel is designed by hand, developing in almost sculptural contours coated wooden blades that create moments of opening, allowing light to filter the power from inside to outside and vice versa giving greater dignity to the structural elements a result of manual labor. Banks arise from the excavation walls, as if it were a cave.

The culmination of this composition unfolds horizontally, with moments of rupture, which is drawn freely through a single gesture, a body. It is like a hug, an arm embracing something that is precious - the Chapel.

In short, the proposal surprises by the simplicity of its complexity. Peacefully framed in the pre-existence, is part of the history of religious architecture, which enables innovation in continuity, showing that the new architectural styles are able to belong to the Christian architectural tradition. 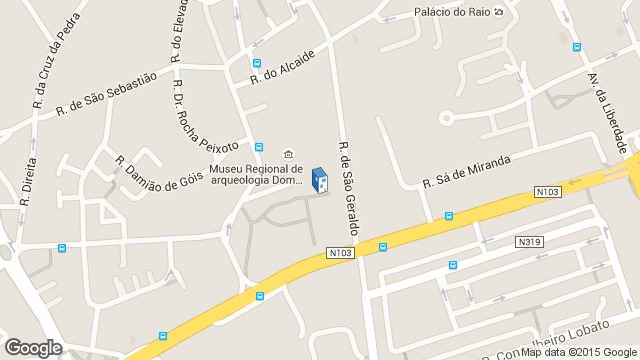 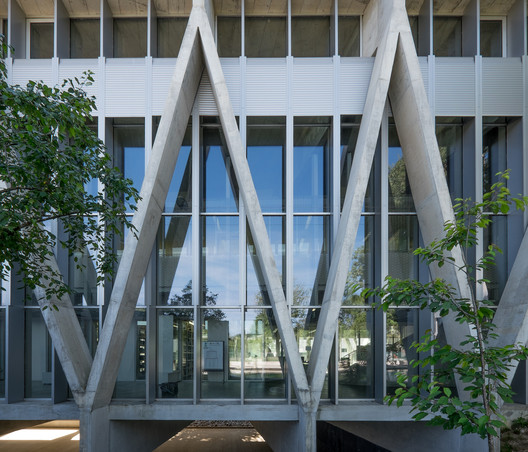