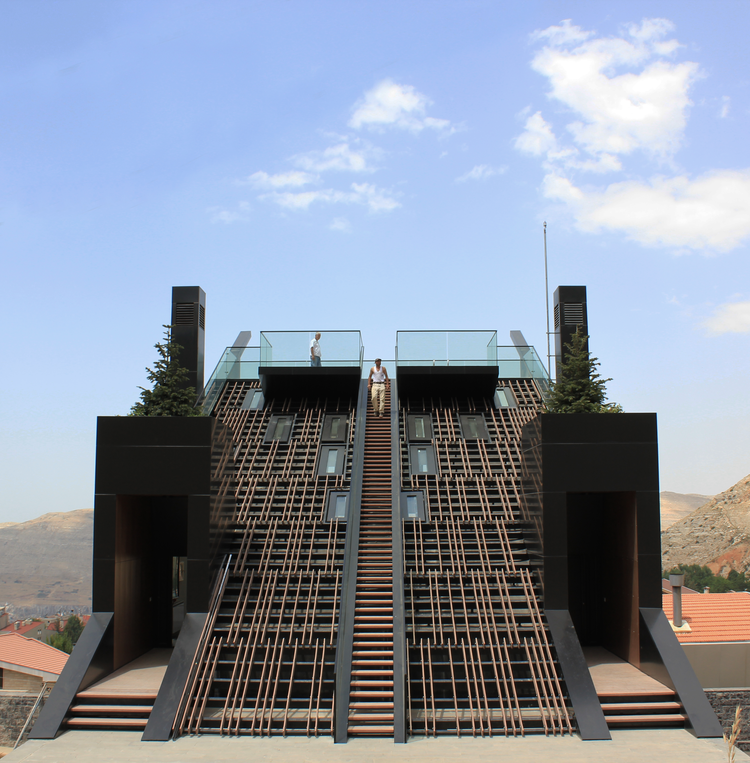 Plot 4328, by Bernard Khoury Architects, is located in a 535 square meters parcel in Kfardebian, Mount Lebanon, on a steep topography with 10 meter drop between its road frontage and the lowest point on the site. The south façade that connects the project to the access road is an inclined plateau that starts at ground level and slopes up seven meters in the northern direction. The inclined plateau acts as the roof and a street façade deployed on an oblique plane which steps up to an elevated pool at the northern tip of the slope. The sloping plane also leads the visitors up to the main entrances on mid-level located on the eastern and western edges of the roof.

The north façade is glazed from floor to ceiling on all three levels, open to long and narrow balconies overlooking spectacular views of the valley. The Eastern and Western facades have limited openings that provide access to intermediate terraces that define the eastern and western edges of the property.

The two proposed units are organized on three split-levels with high ceilings reception spaces located on the upper level. The northern terraces of the project located at the lowest edge of the site are also accessible from the reception areas by making use of a mobile balcony that travels vertically on the façade.