Save
AD Round Up: Interviews Part I
Share
Or
Copy

Since we started with ArchDaily, we’ve tried to interview some of the most important and influential architects of the world. It’s really interesting to see what’s on the mind of the architects behind the amazing projects we’ve all seen. So now, we bring you our first Round Up of previously featured interviews. Enjoy!

Shohei Shigematsu / OMA*AMO NY Our first guest is Shohei Shigematsu (1973). He graduated from the Department of Architecture at Kyushu University in 1996, and then went to the Berlage Institute in Rotterdam. He started working at OMA in 1998, becoming an associate in 2004. He´s now the director of OMA*AMO NY, working on projects such as the CCTV Headquartes in Beijing, the design of the Whitney Museum extension in NY, the Millestain Hall at Cornell, the Stock Exchange at Shenzhen, the Torre Bicentenario in Mexico and a mixed use building in Jersey City (read more…)

Mark Foster Gage / Gage Clemenaceau Gage / Clemenceau Architects is a NY based architectural firm that deals with a wide scale of projects, from product design, commercial & residential projects to exhibition design. We interviewed Mark Foster Gage (G/C partner, assistant professor at Yale), and discussed about education, media, networking role of architects in contemporary society, among other topics regarding the current state of architectural practice in our second issue of AD Interviews, in a very interesting and fluid talk (read more…)

Amale Andraos & Dan Wood / Work AC We visited Work AC in New York a few months ago, where we interviewed Amale Andraos and Dan Wood. This turned out to be a great interview, where they shared their thoughts on the current state of architectural practice, the role of architects in current society, humor, networking, media and something that really interested me: the importance of knowing how to manage the growth of your office. On their office we saw the amazing model for their Cadavre Exquis Lebanese, a proposal based on a series of interventions to re-create Downtown Beirut (read more…) 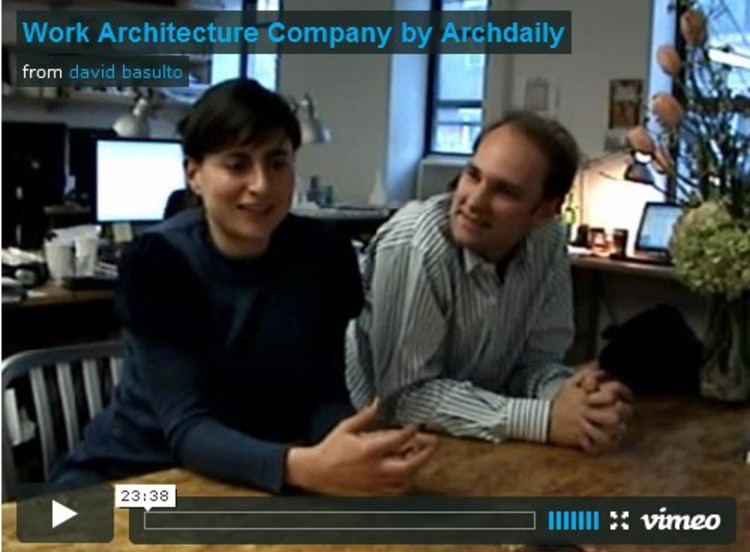 C-Lab / Jeffrey Inaba and Benedict Clouette C-Lab, the Columbia Laboratory for Architectural Broadcasting, an experimental research unit devoted to the development of new forms of communication in architecture, set up as a semi-autonomous think and action tank at the Graduate School of Architecture, Planning and Preservation of Columbia University, and important collaborators on Volume Magazine. We interviewed C-Lab´s director Jeffrey Inaba and Benedict Clouette, it was a great conversation since we shared some concerns about architecture and society (read more…)

SHoP Architects SHoP Architects PC is a New York based practice we meet a few months ago. During our conversation, they told us something very important for current practices: how to manage the growth of your office, how to work in a multidisciplinary environment and how to get the most out of computer aided design technologies, not just in terms of design, but in streamlining the construction process and create new efficiencies and cost-savings. The practice has grown over the past ten years to an office of eigthy (read more…)