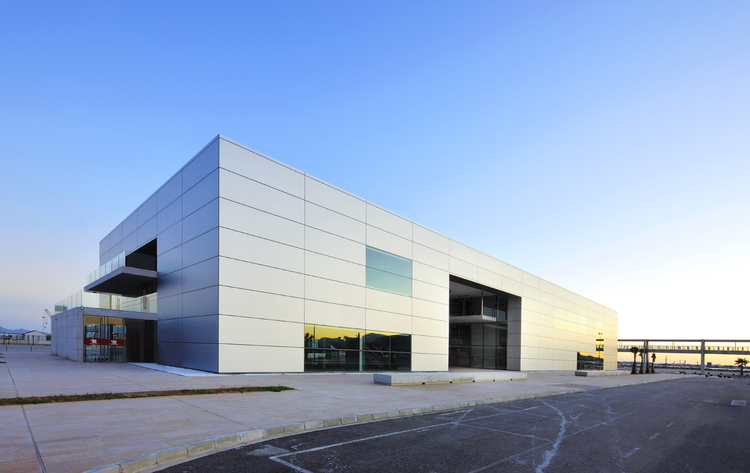 Text description provided by the architects. The generative idea behind the project consists of the creation of a large volume by way of a container which, through its segregation, gives rise to a situation where access to the different resulting volumes is gained via a main marquee like a large covered space. This segregation allows for the functioning of the different programmes regardless of the others. In this way, the Ferry Terminal, the offices and the cafeteria/restaurant comprise the three distinct zones of the project, and they are accessed from level +- 0.00. Moreover, whereas from one side of this large space the passengers arrive on foot, the other side is connected to the car and lorry embarking areas, thus allowing for access to the ticket offices on the one hand, and to the cafeteria / restaurant on the other.

With the aim of promoting the image of a large container, whilst on the façade a strict modulation is organised based on Alucobond panels measuring 5 metres in length and glazed elements, inside the structure and in the main lobby we have envisaged that the slabs at a level of + 3.50 and + 6.50 be suspended from the roof, creating a large hanging element, that is the offices and departure lounges, which cannot enter into perimeter contact with the building at any point. Thus, from level +- 0.00 a passenger can see that the Ferry Terminal has been developed in a single interior space. 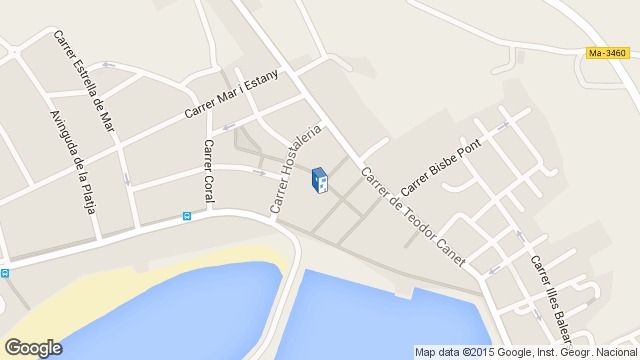 Location to be used only as a reference. It could indicate city/country but not exact address.
Share
Or
Copy
About this office
SCT Estudio de Arquitectura
Office
•••