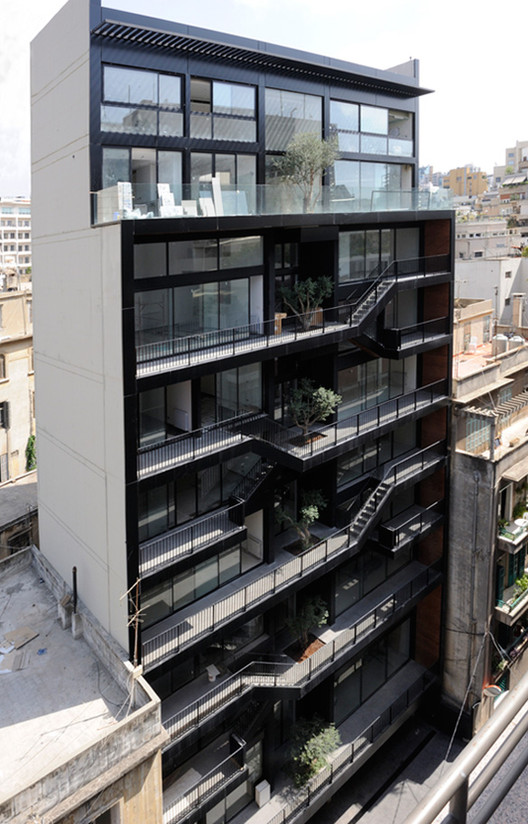 The Rmeil 183 residential building designed by Bernard Khoury Architects is located on a 247 m² land on lot #183 in a quiet residential area of Rmeil. The 18 m wide western edge faces Chafik el Mouayiad Street. The street level façade of the ground floor allows for both the pedestrian building entrance as well as the vehicular entrance. Surface parking is provided on the ground floor, fitting the cars under the 3 m high pilotis structure of the building.

The main façade of the plot is limited to 18 meters of the main street with a depth of approximately half that length. The shallow depth of the building necessitates a plan of single- loaded rooms along the street façade. In order to compress these functions into 18 m, the solution was to stack 250 m² apartments in split levels, alternating living rooms and two floors of bedrooms.The longitudinal terraces on the main glazed façade allow the possibility of an external promenade around the apartments with an alternative outdoor access to the rooms.

The central part of the terraces benefit from a 4.4 m ceiling height, which allows a suspended garden on each floor. The sixth and seventh floor house a 250m² duplex penthouse, including an ample private terrace on the main street side.

Bernard Khoury studied architecture at the Rhode Island school of Design (B.F.A 1990 / B.Arch 1991). He received a Masters in Architectural studies from Harvard University (M.Arch 1993). In 2001, he was awarded by the municipality of Rome the honorable mention of the Borromini prize given to architects under 40 years of age. In 2004, he was awarded the Architecture + Award. In 2008, he was a visiting professor at the Ecole polytechnique Federale de Lausanne; he has lectured and exhibited his work in prestigious academic institutions in Europe and the U.S including a solo show of his work given by the International Forum for Contemporary Architecture at the Aedes gallery in Berlin (2003) and numerous group shows including YOUprison at the Fondazione Sandretto in Torino (2008) and SPACE at the opening show of the MAXXI museum in Rome (2010). 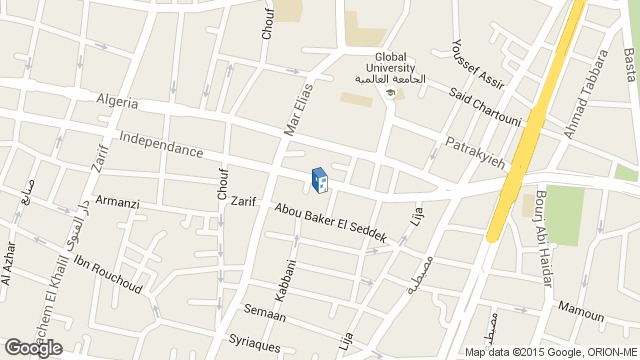