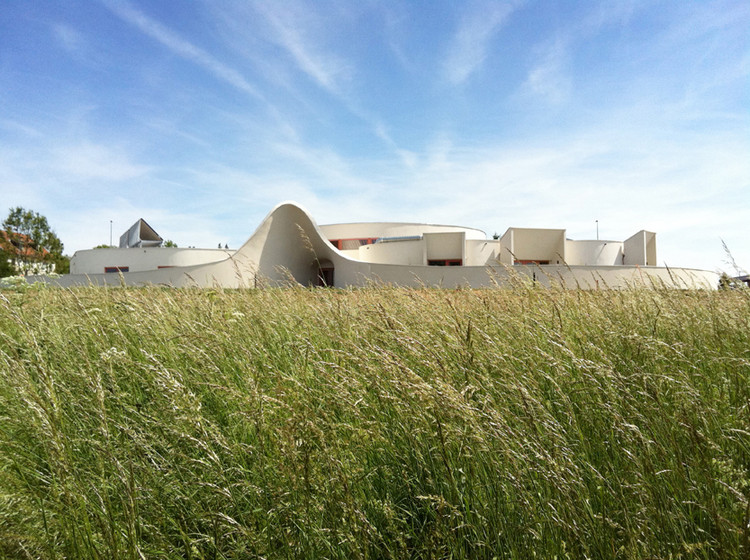 A Body Cell and Uterine Concept:

The project is designed as a body cell, placing the nursery at the center of the layout as the nucleus, surrounding gardens as the cytoplasm, and a circumscribing enclosing wall as the membrane.

A large outdoor playground is generated through a continuous curvilinear wall that shapes out the boundaries of the facility. The ‘‘vaginal’’ entrance is characterized by a concrete vault which is a continuation of the peripheral wall. Floating within its membrane, the nursery welcomes visitors into a round space at the center of the building, enlightened by a covered patio.

All the children units radiate outwards from this central room. This concept of transitional space and centripetal walkway avoids all effect of corridor and all effect of start or end of movement. Thus, the playrooms spread out like a hand-held fan ideally oriented to the south where each one leads to its own playground. The curved lines of walls and ceilings underline the organic and uterine concept which provides safety and comfort within the building for children as for parents.

The ceiling height in the surrounding playrooms is 2,10 meters-high to create a comfortable environment for the babies and children. Thus, to give a stronger spotlight on this idea, we combined it with a variation of ceilings heights up to 4,20 meters, creating a large range of spaces and volumes. Thanks to this contrast effect, the units with low ceilings are perceived as protective recesses. The circulation space and the children units are lighted up by zenithal openings, creating the contrast between spaces with low ceiling that are moderately lightened and spaces that generously receive the day light. The transition between different ceiling heights is smoothly done by the curves, generating a various reflection of light on the ceilings.

Considering the children's perception of the building, we decided to turn it into a raw of variously dimensioned boxes coming out a bush of bamboos and capturing the day light. This idea does not only consist in an aesthetic function: thanks to its shade, the bamboo coat protects the frontages of the building from over heating while the hat shaped boxes regulate the energy intake depending on seasons." 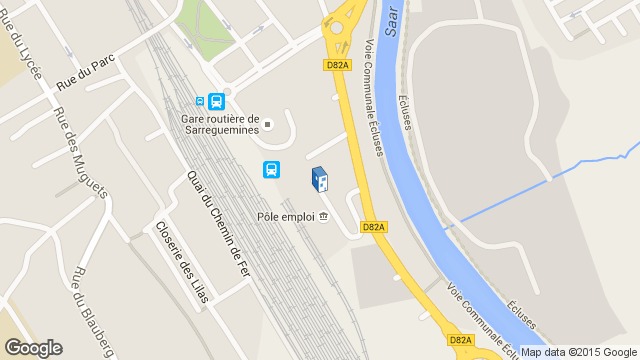 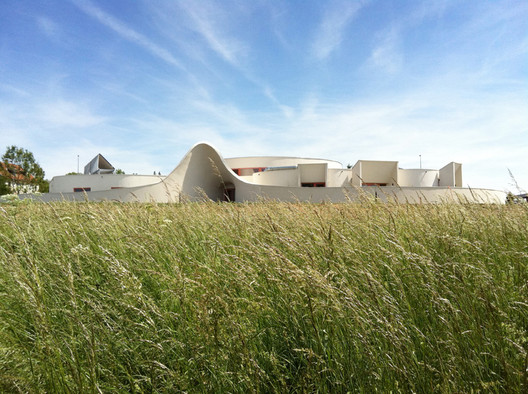