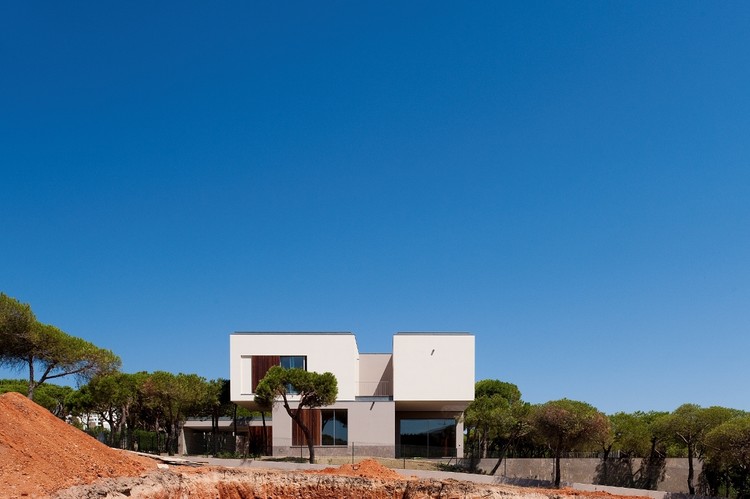 Text description provided by the architects. The construction field, with 1690 sqm, is located in a area with very positive conditions in order to develop a quality solution, not only paisagistique as architectonic one. The surroundings are mainly occupied by isolated houses, with great wooded areas, predominantly pine trees that protect and apparently increase distance between constructions, offering a less modified environment, with the sea and the beach in a small distance too. The purpose was to design a house that would be used as a vacations destiny, by a family that enjoys a lot the beach and the summer.

The need to create a common area in the house that could serve many different and polyvalent utilizations, and at the same time the need to empower the three bedrooms, giving them a private character, have worked to develop an idea of house that was the result of the soma between distinct parts, which from a central moment, could solve the horizontal and vertical distribution.

In that way, the proposal is the result of the coupling of a series of volumes, in direct relation with that central distribution area, that in the ground floor allows permeability and union between different zonings (this are public programs like the living rooms, dinner room, kitchen, studio, etc.) but in the first floor, because there are only private areas, they avoid the referred permeability and are designed with absolute autonomy between them.

At the same time, the need to adapt the house to a hot clime, influences the search for other concepts, like the will that the house would result in a complex volumetry, with the several volumes in different positions, conferring a less unitary treatment of the building, exploiting the design of shadows, getting smaller the windows to the exterior and using region materials. The developed house, solves a common space opened for the exterior, with a strong connection between them, that by the way that is getting less social, more private, gains protection mechanisms. 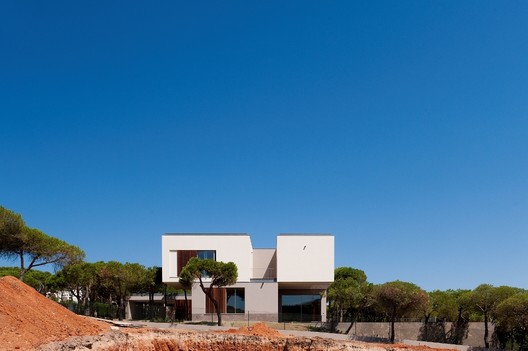