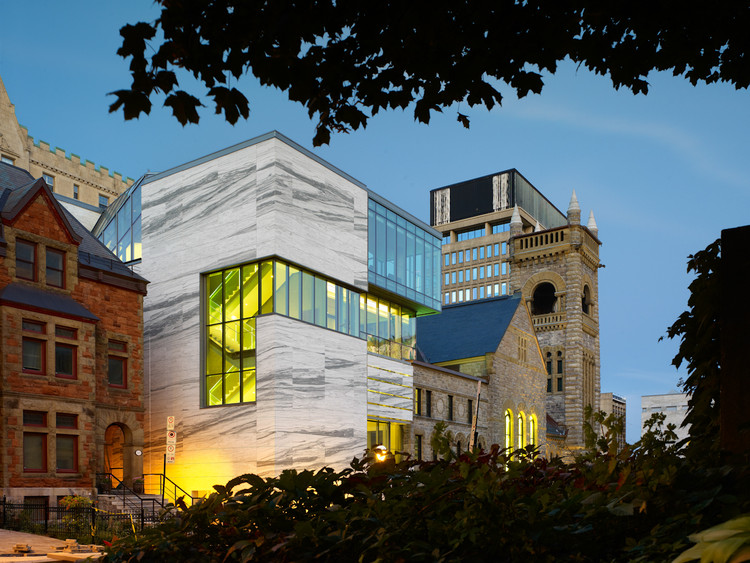 Text description provided by the architects. The Montreal Museum of Fine Arts (MMFA), which celebrated its 150th anniversary in 2010, is pleased to announce that its new 59,000-gsf. Claire and Marc Bourgie Pavilion of Quebec and Canadian Art and Bourgie Concert Hall will open to the public on October 14, 2011. Increasing the MMFA’s total exhibition space by 20%, the new Pavilion features 18,953 nsf. of gallery space, which doubles the previous display area dedicated for the presentation of the Museum’s collection of historical and contemporary Quebec and Canadian art.

In this new award-winning building (recipient of the 2010 Canadian Architect Awards of Merit and the 2011 Award of Excellence from the Urban Development Institute of Quebec), the Museum will present a more coherent and comprehensive examination of the history of Quebec and Canadian art. Continuing the MMFA’s policy of offering free admission to its permanent collection, the new Claire and Marc Bourgie Pavilion will provide thousands of visitors, school groups, families, and tourists with the opportunity to learn more about Canada’s rich cultural heritage. In order to foster a new dialogue between the visual arts and music, the Museum’s expansion includes the restoration, and conversion of the nave of the former Erskine and American church (1894) into a 444-seat concert hall. The new 8,095-nsf.Bourgie Concert Hall will host a full range of music performances along with a variety of museum-related public programs. Access to the Claire and Marc Bourgie Pavilion and Bourgie Concert Hall is provided via a shared new main entrance clad in the same marble found in the Museum’s existing pavilions, while an underground gallery (pictured left) also links the two structures to the Jean-Noël Desmarais Pavilion.

A Complex Restoration and Conversion of a National Historic Site

A critical component of the Museum’s expansion efforts involved saving and annexing the Victorian Erskine and American Church, deconsecrated in 2004 and acquired by the Museum in 2008. Designated a national historic site by the Historic Sites and Monuments Board of Canada in 1998, the church was built by Montreal architect Alexander C. Hutchison in 1894, and inspired by the Romanesque Revival buildings of American Architect Henry Hobson Richardson (Trinity Church, Boston). Its imposing façade, formed from an ingenious combination of heavily rusticated grey limestone and lavishly-sculpted brown Miramichi sandstone (all newly restored and cleaned), as well as Byzantine-style dome are rare in Montreal.

According to Nathalie Bondil, the MMFA’s Director and Chief Curator, “This choice represents a major initiative by the Museum to beautify our city.” Charged with the task of designing a new Pavilion while preserving a Canadian architectural treasure, Montreal-based Provencher Roy + Associés architects, led by Claude Provencher and Matthieu Geoffrion, worked with a team of 450 professionals and craftsmen on this unprecedented, multilevel, multipurpose addition. In awarding Provencher Roy + Associés architects with its 2011 Excellence Award, the Urban Development Institute of Quebec commended the new Pavilion for “its exceptional urban integration and its design, which brings past and future together.” 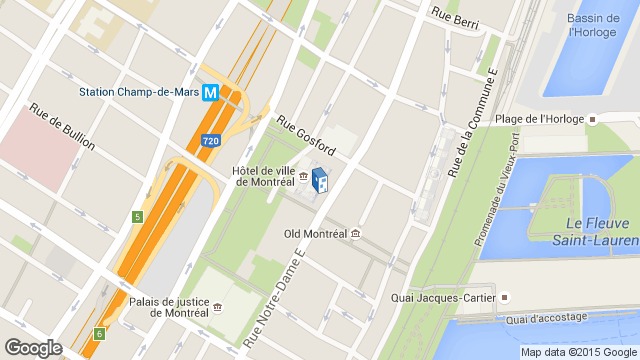 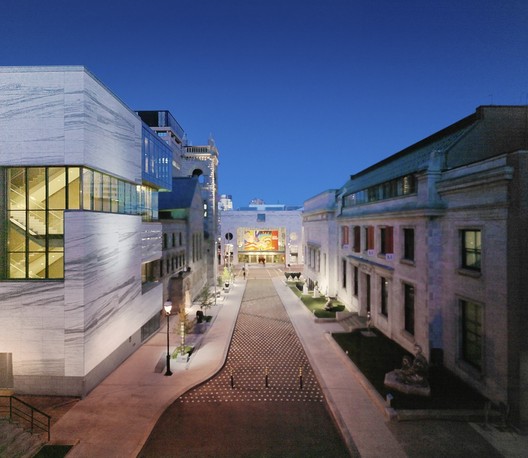