Save
House in Rüti / AFGH 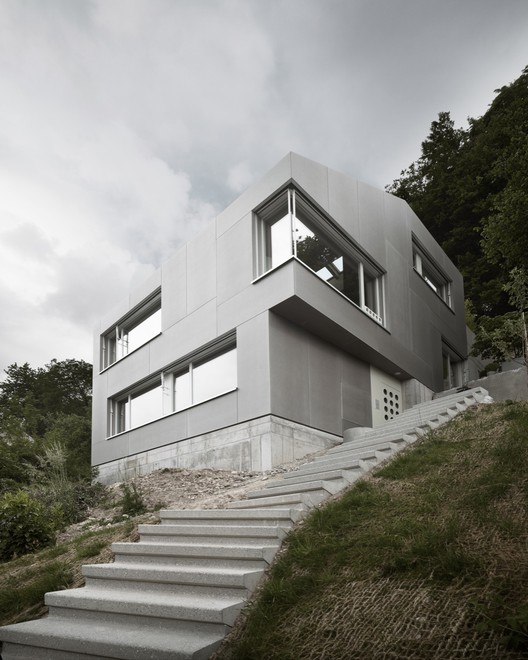 Text description provided by the architects. The house for a family with two children is situated on a former hillside vineyard that had remained undeveloped. On the northern slope of the hill adjoining a non-developable zone, the house is surrounded by large old trees. In order to be able to even use the site it was necessary to terrace the immediate surroundings, and the house was developed along the lines of the formed topography.

In the process, the four terraces themselves function as exterior spaces, each corresponding to a specific interior space. The unusual topography is also mirrored in the construction of the building. The connection to the terrain is a stepped, largely subterranean basement storey made of internally insulated exposed concrete, above which is a prefabricated wooden construction with a ventilated Eternit façade. The large-format plates are a prototype with a textile-like embossing, producing a raw and haptic appearance.

Inside, a stairway core constitutes the centre of a spatial sequence that unfolds over three storeys. At the entrance level are the childrenʼs rooms, with the cellar rooms at the back. The floor above is set back, creating differentiated spatial heights for the different areas of the house. The doorways on the intermediate level with the living rooms and the parentʼs bedroom allow a free circular movement.

Due to building regulations, the roof above the living room slopes parallel with the terrain, and runs directly over into the flat roof of the studio and the guest room in the upper story. A roof light running the entire width of the building creates a studio-like character at the top, simultaneously lighting the high living room. 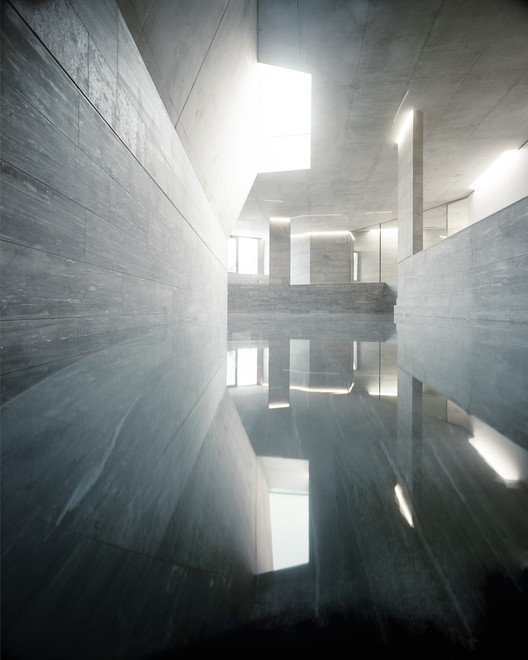