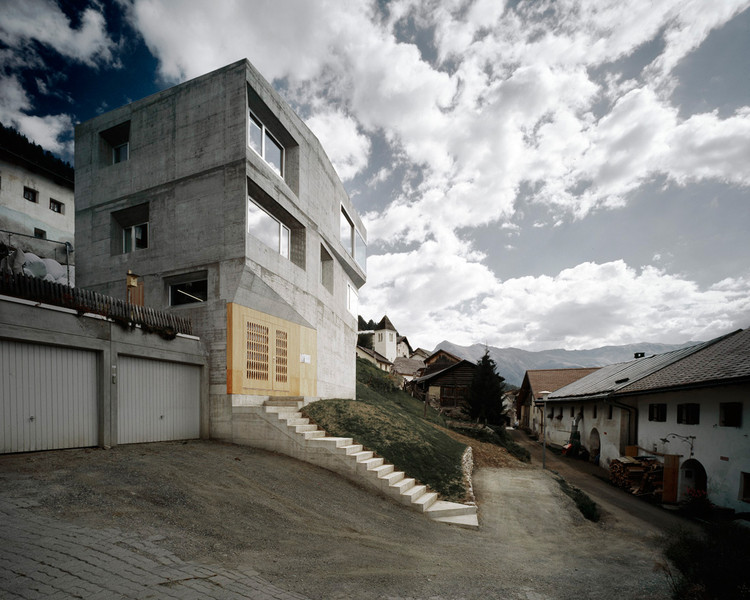 Text description provided by the architects. This holiday house is located in the middle of the village of Vnà in the Lower Engadine. The particular challenge of the project was to bridge the divide between the old-world charm of the village and the modern flair embodied in a holiday house for an internationally successful art gallery owner. The aim was to develop a formal language which had a certain proximity to traditional Engadine architecture and yet remained immediately recognisable as contemporary without being conservatively romanticised.

In urban planning terms, the building closed a permanent gap in the village structure whilst the dimensions correspond to those of the adjacent houses.

Over time the village was periodically hit by fires, meaning that the original timber structures disappeared and were replaced by the stone houses that give the settlement its indigenous character today. The use of concrete as the main building material pays justice to this stone appearance. Only the inner walls and ceilings of the living and bedrooms are lined in plywood panelling to give the rooms a warmth and comfort and as an approximation of the traditional sheltered feeling of a mountain dwelling. The solidness of the of ground storey is likewise a common regional feature.

The archaic is also reflected in the construction with the use of gas concrete, allowing the walls to be erected homogenously without layering. The resulting massiveness of the walls has a great similarity with traditional means of building and enabled the typical corbels of the window reveals. The windows are arranged according to interior criteria, giving the façade an informal appearance typical of old Engadine houses. The depth of the reveals create an attractive play of shadows and roots the building firmly in the region.

Finally, the traditional and modernist elements of the sculptural volume blend into a unified whole. The interplay between simplicity, rural straightforwardness and contemporary comfort and architectural sophistication lend the house a very specific character, which pays respect to the village without being obsequious. 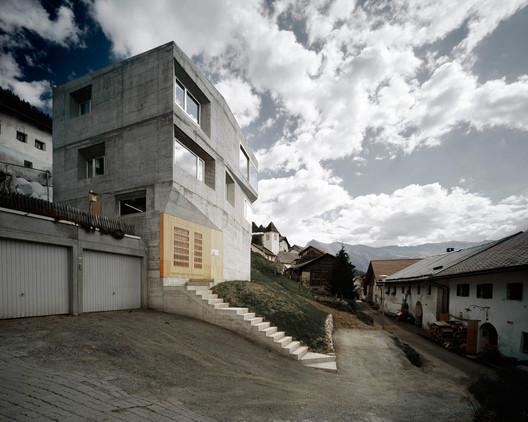