“It was not my intention to preserve the museum’s facade and just add an invisible extension in the back. I wanted to create a bold interruption, a fundamental dislocation, to penetrate the historic arsenal and create a new experience. The architecture will engage the public in the deepest issue of how organized violence and how military history and the fate of the city are intertwined.”—Daniel Libeskind

A decade after Daniel Libeskind’s iconic Jewish Museum opened in Berlin another Libeskind-designed German museum will open – Dresden’s Military History Museum. The projects are more alike than they appear.

Both juxtapose aggressively avant-garde design and decidedly pre-modernist structures. Both demand a renewed emotional and intellectual focus on history. Both attempt to make sense of the seemingly senseless – of war, violence, destruction and hatred. Says Libeskind, “The destruction of Europe and European cities by the Nazis is part of the story of the destruction of Dresden. One cannot separate the Shoah and the museums that deal with memories from the history of Germany and Dresden.”

Libeskind’s extension to Dresden’s Military History Museum dramatically interrupts the building's symmetry, its massive, five-story 200-ton wedge of glass, concrete and steel slicing through the center of the 135-year-old original structure. The new façade’s openness and transparency pushes through the opacity and rigidity of the existing building just as German democracy pushed aside the country’s authoritarian past.

The museum’s redesign creates the setting for a reconsideration of that past in a city annihilated by allied bombing at the end of WWII. Inside the wedge a 99 foot viewing platform provides breathtaking views of the city as it is today while the wedge itself points in the opposite direction, toward the source of the bombs, creating a dramatic space for reflection. Says Libeskind, “Dresden is a city that has been fundamentally altered. The events of the past are not just a footnote; they are central to the transformation of the city today.” Inside, in the original, columned part of the building, German’s military history is presented in chronological order. But now it is complemented, in the new wide-open spaces of the five-story wedge, by a new thematic consideration of the societal forces and human impulses that create a culture of violence.

The redesigned Dresden Museum of Military History is now the official central museum of the German Armed Forces. It will house an exhibition area of roughly 21,000 square feet, making it Germany’s largest museum.

Since its 1897 founding, the Dresden Museum of Military History has been a Saxon armory and museum, a Nazi museum, a Soviet museum and an East German museum. Today it is the military history museum of a unified and democratic Germany, its location outside the historic center of Dresden having allowed the building to survive the allied bombing campaign at the end of World War II.

In 1989, unsure how the museum would fit into a newly unified German state, the government decided to shut it down. By 2001 feelings had shifted and an architectural competition was held for an extension that would facilitate a reconsideration of the way we think about war.

Daniel Libeskind’s winning design boldly interrupts the original building's symmetry. The extension, a massive, five-story 200-ton wedge of glass, concrete and steel, cuts through the 135-year-old former arsenal’s structural order. A 99-foot high viewing platform provides breathtaking views of modern Dresden while pointing in the opposite direction toward the source of the fire-bombs, creating a dramatic space for reflection.

The new façade’s openness and transparency contrasts with the opacity and rigidity of the existing building. The latter represents the severity of the authoritarian past while the former reflects the openness of the democratic society in which it has been reimagined. The interplay between these perspectives forms the character of the new Military History Museum.

“The dramatic extension is a symbol of the resurrection of Dresden from its ashes. It is about the juxtaposition of tradition and innovation, of the new and the old. Dresden is a city that has been fundamentally altered; the events of the past are not just a footnote; they are central to the transformation of the city today.”- Daniel Libeskind

1. Changing Perspective - The MHM offers different perspectives on German military history. The architecture, the new thematic exhibition and the redesigned permanent (chronological) exhibition represent both traditional and new forms of perception and expression. The juxtaposition of tradition and innovation, of old and new interpretations of military history, is the cornerstone of the new approach.

2. Cultural History of Violence - The MHM offers visitors a history of the German military. But it goes beyond uniforms and weapons in its investigation state-controlled violence, offering new ways of assessing that history and the culture of violence that gave rise to it.

3. The Central Theme is the Human Being - The central theme of the MHM’s architecture and exhibition design is an anthropological consideration of the nature of violence. The museum closely examines the fears, hopes, passions, memories, motivations and instances of courage, rationality and aggression that have precipitated violence and, all too often, war.

4. Museum as Forum - In addition to presenting current and historical topics in special exhibitions and events, the MHM will host screenings, lectures and international symposia.

5. A New Museum District - Once a prosperous and heavily visited area, Dresden’s Albertstodt district, in which the museum is located, has been deserted for some time. The new MHM will be the catalyst that turns the district into an international destination, a cultural center and a museum district. Made add’l change 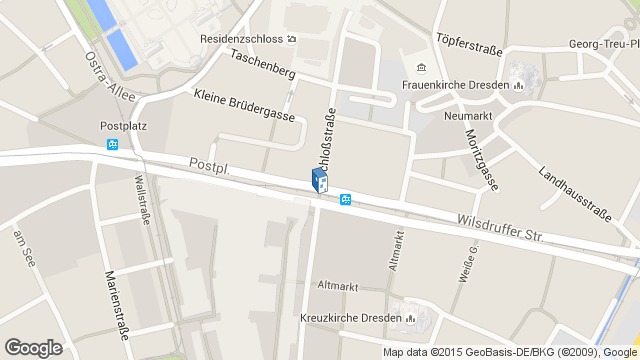