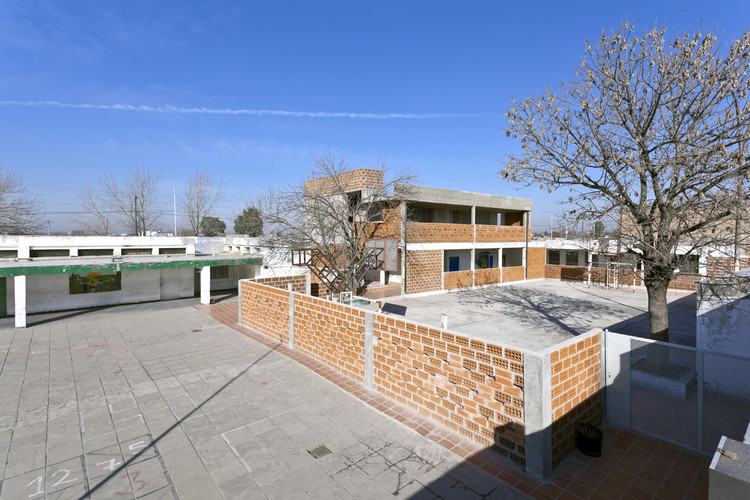 Text description provided by the architects. This work is about the enlargement of a public school on the south of Rosario (Argentina). There, where the city becomes open, and abandoned structures are mixed with precarious settlements, houses made of sheet metal, cardboard and brick. There is no logic of continuity between the successive constructions that conform the existing building. The efforts of the pupils to endow with color to the yard, through murals painted in their walls, have failed to abate the prevailing gray. Toward the street and the neighborhood, because of the perimeter fence and the deterioration, the building has not identity.

The intention is to change the image that the establishment has, so much in its inside like in its exterior, attempting to suggest a form to act in future interventions. The predominant materials used are ceramic bricks of different characteristics and measures; And ceramic tiles. The orange color of this material is the same orange color that is common to see in the image that is observed when walk around the neighborhood. The same brick but transgressing its usual nature and used in the way that the holes are seen. In this way the wall is used to filter the relation between the different areas, allowing ventilate and seeing across.

All utilized materials require scarce maintenance. The stairs are located at the east of the existing gallery configuring the linkage between the elementary schools and secondary school. The same handrail is continuation of the handrail of the gallery in the second floor. The same material continues toward the elementary school's sector defining the limit between both patios and giving continuity to all the intervention, as if the same be a part of the neighborhood which is now inside of the school. 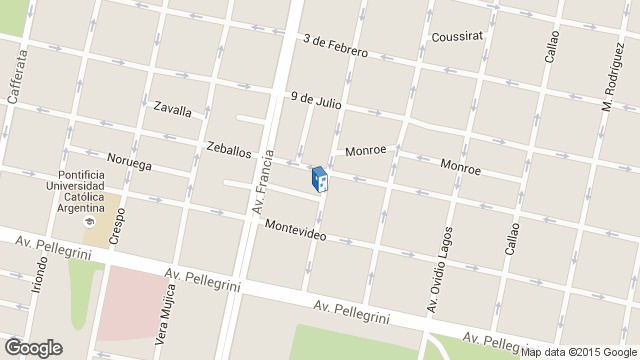 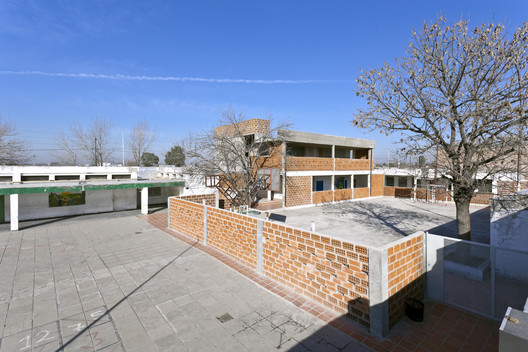