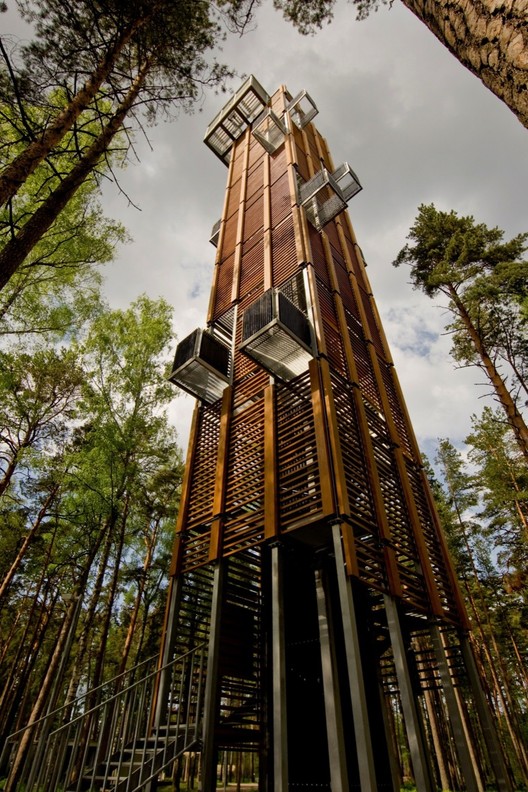 Text description provided by the architects. Following the Jurmala City council’s decision, the designed observation tower for the Ragakapa Park in 2004/2005 was moved to a new location -the Dzintaru Mezaparks- and built in the year 2010. Taking in consideration that both locations were different, some changes of color and dimensions were made.

The differing environments between the previous hill, covered with common pines, and the forested flat, required changes int he hight of the tower, which jumped up to a 33.5m from ground level. In total, including the cellular operator antenna, the tower has 38m.

The rest remained as it was projected: a light, simple parallelepiped tower with a metallic structure covered by glued wooden elements and a comfortable, wide and metallic staircase that whirls around a squared structural core, taking us to an asymmetric platform at the very top. Along the way, 12 balconies allow us rest and enjoy the view feeling the solitary air of the place and view nature through a squirrel’s eyes.

The structural concept defined the tower’s visual appearance –a laconic, quadrilateral and elongated tower with stretched elements and randomly distributed balconies which end with a dynamic observation “cage”. 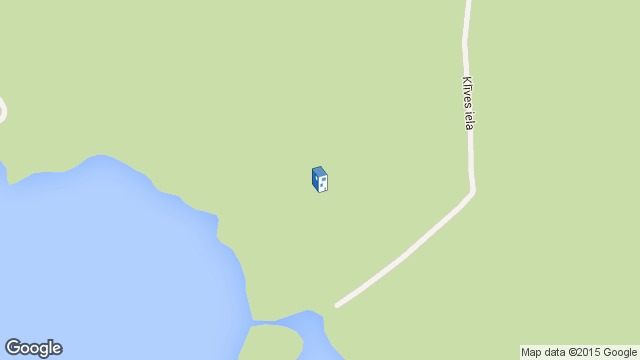